Amid the Covid-19 crisis, three out of four Indians are experiencing their first recession. As might be expected, women are bearing the brunt of the pain — and the consequences could be long-lasting.

A tiny elite of urban, educated women has benefited from the shift to remote work under lockdown: A recent study released by LinkedIn, based on internal data for India, found women’s participation in the labor force actually increased by 7% between April and July. But this only applies to jobs in the formal, white-collar, urban economy — a tiny fraction of the labor market. For most Indian women, the situation is deeply worrying.

Covid-19 has exposed one of the biggest problems of urban India: Most of the wealthy and middle class live in nice neighborhoods, while those who serve their needs live in slums. In Dharavi, Mumbai’s largest slum, it is not uncommon for a few hundred families to share a single water source or toilet facility, which makes social distancing all but impossible.

The urban rich, who have ignored this reality for decades, have for the first time had to confront the living conditions of their nannies, cleaners and drivers. They have not responded by campaigning for better living conditions. Instead, they’ve fired their domestic staff and looked to replace them with the latest vacuums, baby monitors and dishwashers.

Tens of thousands of domestic workers, predominantly women, are now struggling to make ends meet. Their children are falling behind due to school closures. With so many unemployed competing for jobs, these workers are likely to have even less bargaining power in the labor market after the pandemic. Many are now depending for support on their extended families, a trend that may not reverse even when society returns to normal.

Their former employers are struggling in their own way. India has one of the worlds’ most unequal divisions of household labor between men and women. As household incomes increase, women are more likely to enjoy greater support for household work since they can afford to hire staff.

But the economic lockdown and school closures have severely disrupted this system, with the burden falling on women. A recent study by economist Ashwini Deshpande found that Indian men initially stepped in to share household chores when the spring lockdowns were imposed. By August, however, men’s time spent on housework, while still higher than pre-pandemic levels, had declined. And more educated men spent less time on domestic work than their less-educated counterparts. Gadgets can only help around the margins, especially when mothers are also tasked with watching after children who are stuck at home.

While this particular burden might be eased once India returns to pre-pandemic levels of growth and families can hire servants again, the long-term prospects for women who work outside the home are even more worrying. According to the Center for Monitoring Indian Economy, the economic shock and the pandemic have shrunk the already low labor participation rate for women even further: It’s now 11% for women compared to 71% for men. And, even with so few of them in the workforce, women have suffered a much higher unemployment rate of 17% compared to 6% for men.

The recovery, like the pandemic, has also been unequal. By November 2020, men had regained most of the jobs they’d lost during the spring lockdowns. Women accounted for nearly half of the remaining job losses.

Perhaps the most disturbing trend reported by CMIE is the impact of the pandemic on women in their early 20s. By the end of last year, young women were just beginning to recover from the twin shocks of demonetization in 2016 and the introduction of a goods-and-services tax in 2017; their workforce participation rate had climbed up to 14.3%. The recession has shrunk that rate to 8.7%.

The world over, women have trouble re-entering the workforce after losing their jobs or taking time off to have kids, and this is even truer for India, where women are culturally burdened with high family expectations. Consequently, even if India rebounds, this cohort of young women is likely to be left behind.

It’s all-too-likely that even the depressingly low participation rates of women in the workforce will not recover quickly. The overall economic slowdown, school and daycare closures, as well as the need to bring children back up to speed in schoolwork, will slow the process of rejoining the economy for many. This doesn’t bode well either for India’s economy or its women. Household incomes will decline and women specifically will become more financially dependent on their families or the state, which itself is struggling to fund a proper safety net.

The road to economic and social independence for India’s women was already a daunting one. The pandemic is making a bad situation dangerously worse.

This article was originally published in the Deccan Herald on 20 December, 2020.

Read more: Maternal Mortality Ratio in India: How far have we come? 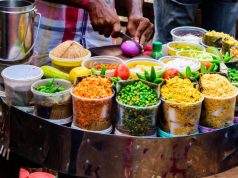 The Challenge of Taking Street Food Online in a Pandemic 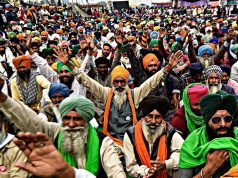 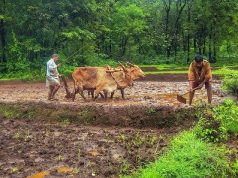 Rise of the Big 4 in Agriculture: Big Trouble?