Look at the ad below. Do you think it could be illegal to display this ad on an autorickshaw? In Delhi, the answer is yes.

This story starts in June 2013 when the Shiela Dixit government in Delhi placed its latest guidelines for display of advertisements on auto-rickshaws and taxis. These guidelines banned any ad with political, ethnic, religious or sectarian content. The most amusing requirement was a GPS/GPRS system installed in the auto-rickshaw.

One wonders about the need for such arbitrary guidelines but the motive of the government becomes clear when you understand the timeline of these decisions. The Sheila Dixit government formulated these guidelines during 2014 Delhi state elections when the Aam Aadmi Party did an autorickshaw advertising campaign. The autowaalas became unintended casualties in this party politics between Congress and AAP.

The auto unions approached the HC on the grounds that the Motor Vehicles Act 1988 allows the transport department to only regulate the display of ads, not the content.

AAP publicly supported the demonstrations of the autowaalas of Delhi while slamming Sheila Dixit for banning ads on autos. But the blatant hypocrisy of Indian politics came to light when the Aam Aadmi Party too defended these guidelines during its tenure as the party in power. In fact, in 2017, the Delhi High Court posed a question to the AAP government about the need for pre-censorship or prohibition of political advertisement in a Democracy. The AAP government later agreed to merely remove the ban on political advertisements.

These guidelines fail to hold any water. First, there doesn’t seem to be a logical link between advertising and GPS. If tracking the vehicle is the motive, that can be done via number plates as well. This guideline seems to have been put in place only to discourage political competition.

A blanket prohibition of all religious, sectarian and ethnic speech is an arbitrary restriction on the freedom of speech and expression guaranteed under Article 19(1)(a). Further, there are already sufficient provisions in the Indian Penal Code to regulate obscenity and hate-speech. There is no case for further regulation of advertisements.

It’s been seven years since these guidelines were brought in place. Even the party that once stood with the autowaalas in protest of these guidelines is doing nothing now that they’re in power. Make no mistake, this isn’t a narrative about unreasonable guidelines. It’s about the ones at the bottom of the pyramid, the ones who have the most to lose in this battle and the casualties in this game of party politics; the autowaalas. This story highlights how the ones who lose this battle will always lose since they will always be at the discretion of the muddled bureaucracy of this country. 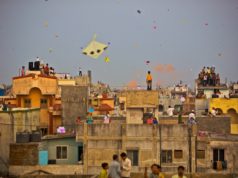 Mirror, Mirror on the Wall, When is Capitalism in the West to Fall?