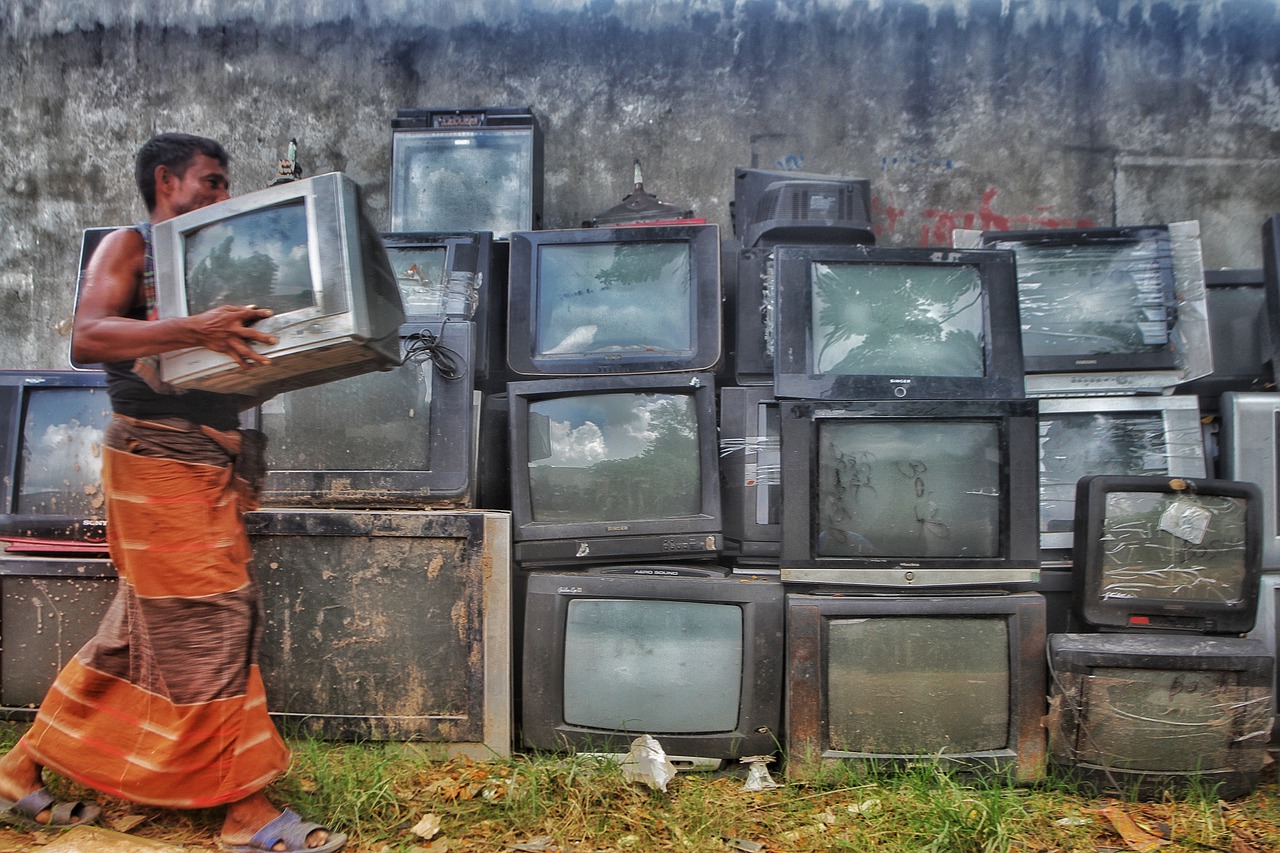 The Prime Minister has managed to capture the national imagination on core economic issues, through schemes such as ‘Make in India’ and ‘Digital India’. But now the government must acknowledge the impact of these schemes on e-waste generation in the country, and act quickly to check India’s rapidly increasing e-waste.

Previous policies have failed to curb the pollution caused by unauthorised recyclers who do not treat toxic residue properly. We propose three modifications to the current e-waste management model which will incentivise consumers to return their e-waste to producers, cut off leakages to unauthorised recyclers, and help the government track e-waste transactions more efficiently.

How Do We Ensure Proper Treatment of Toxic Residue?

Out of the total e-waste recycled in India, 90 percent is done informally. Unauthorised recyclers extract profitable metals such as gold, copper and aluminium, but dump toxic substances like lead and mercury. Studies show that the soil in Loni, Mandoli and Krishna Vihar in Delhi, where e-waste is openly discarded, is deeply contaminated with heavy metals. The terrible condition of the Yamuna river is well-known, and the air quality of e-waste hubs like Moradabad and Seelampur have hit record-high pollution levels.

So, how do we ensure proper treatment of this toxic residue?

The E-Waste Management (EWM) Rules, 2016 tried to divert the flow of e-waste from unauthorised recyclers and guarantee the safe disposal of hazardous residue through the Extended Producer Responsibility (EPR) model.

Under this, producers of electronics and electrical equipment (EEE) have to ensure that their products are sent to authorised recyclers at their end-of-life stage.

But according to a 2018 Toxics Link study, more than 53 percent of major EEE companies in India rank ‘below average’ in their fulfilment of EPR. In fact, our research on authorised recyclers in India showed that many of the 178 recyclers registered with the Central Pollution Control Board in 2016 are performing under-capacity, or running at a loss.

Recycling In The Informal Sector

This price gap is the result of unauthorised recyclers’ operational efficiency. They circumvent the cost of disposing toxic residue securely, bypass the regulatory costs of acquiring licences, and neglect workers’ safety.

Moreover, unauthorised recyclers refurbish/repair EEE intended for disposal, and sell them at secondary markets such as Nehru Place and Gaffar Market in Delhi to make additional profits.

Authorised recyclers are prevented from doing so by producer companies, that demand evidence of destroyed e-waste to prevent second-hand goods from competing with their new products.

Acting on these fundamentals, we recommend three modifications to the existing EPR model: a mandatory Deposit Refund Scheme (DRS), third-party audits, and a Common Deposit Account.

First, a DRS compels consumers to return their end-of-life products to the producer. Producers charge an additional amount at the time of sale of EEE, which is returned either partially or fully to consumers, only when they return the EEE.

A Clarion Call To The Govt

A single producer will not implement a DRS as it would be disadvantageous in market competition. The government needs to mandate the DRS implementation and not keep it optional. The quantum of the Deposit Refund fees also needs to be fixed; otherwise, producers will set it close to zero to avoid increasing their prices. Fees refunded from the deposits should always be higher than the prices offered by unauthorised recyclers. This will prevent consumers from selling their e-waste to kabadiwalas.

Given limited state capacity, third-party auditors would serve as a superior alternative. A 2013 experiment run by Duflo et al, in Gujarat, showed that third-party audits were more reliable when the Gujarat Pollution Control Board (GPCB) randomly assigned auditors to pollution-emitting firms. GPCB paid the auditors a fixed amount from a central pool of funds. This also resulted in lower emissions as the firms knew that GPCB was receiving accurate information.

Finally, a government-monitored Common Deposit Account holds the fees collected from consumers as part of the DRS.

This Account has two benefits: First, consumers can get their refund from any producer selling EEE. They can walk into an Apple store to return a Samsung phone, and withdraw their deposit. Second, the government can track the quantity of e-waste sold to authorised recyclers and hence, check whether all hazardous residue is treated properly.

Pollution caused by improper processing of e-waste is a clarion call for government intervention. However, the current EPR model has failed to achieve its intended results. The government must ready it for reform in its first 100 days of its second terms, to make sure people survive to see his ‘New India.’

This article was originally published in The Quint.