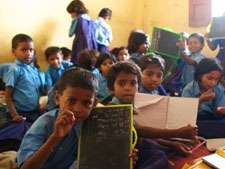 This piece was published in the August 1972 issue of ‘The Indian Libertarian.’ Today, there is much talk about over-regulation and the state stifling private initiative in education. Little seems to have changed, as similar concerns were being voiced back even in 1972.

Nationalisation is the watch-word of the Congress Governments in India today. Nationalisation of steel industries, of sick mills and factories, of sugar Industry, cotton Industry is much talked about. The Government is taking determined steps in this direction as if nationalization were the panacea for all the ills that the country is suffering from.

Now comes the news of a fierce conflict raging in Kerala Government to control the administration of Colleges through their scheme of fee unification, control over appointment of teachers, direct payment of salaries to the teachers. The Managements are stoutly opposed to these proposals in as much as reduction of fees to the levels of those charged in Government Colleges without adequate compensation being paid to the Managements for the loss incurred thereby and control over payments made to teachers and admission of students with reservation for certain communities, would together drive private agencies out of educational field.

The Kerala Government and the Managements seem to have made these questions prestige issues. Christians have gone one step further and have raised the cry of ‘Religion in danger’ and have even described Antony, the minister as ‘Judas of 1972.’ They perhaps fear that these steps will culminate in nationalization of these institutions which cater to the special cultural needs of Christians. This fear is to a certain extent justified by the demands of certain Youth Organisations for nationalization of education in the state.

The Nambudripad Government in the early sixties foundered on this rock of nationalization of education. At the time also, the Nairs and Christians joined hands in revolting against the government, the Christians on pragmatic and religious grounds and the Nairs on communal and business grounds. The Government was eventually thrown out of power.

But times have changed since then. Socialist ideas which urge nationalisation and regimentation of all departments of life have taken deep roots in the minds of the youth and politicians. It is reported that there are powerful personalities at the centre like the Law minister who sponsor the move for nationalization, since it is perfectly consistent with their State Socialism. With the Socialist Congress party firm in the saddle of power in most of the States and at the Centre, it is doubtful whether this time the revolt of the Nairs and Christians would succeed, particularly when a religion’s colouring is sought to be given to the controversy.

The Opposition had rather better take its firm stand on the rights of private agencies to run such colleges to meet the special needs of particular ethnical, social and religious groups and to afford a better type of education to those who prefer it to that given in Government Colleges. The Opposition could have invoked the minority rights protected under the Constitution, which are being trodden under foot by the juggernaut of Government’s Amendments of Constitution in respect of such Fundamental Rights.

But the communal and religious turn and twist given to this agitation is bound to weaken the ease of these private agencies in favour of their having a free hand to on their educational work without interference of the Government.

The present Government in Kerala is as power-lusty as any other in the country and wants naturally to control both the bodies and minds of men who are under their rule. That is being done by all Socialist Governments in the world and Kerala Government is no exception to this Socialist practise.

Those who stand for decentralisation of power, cultural autonomy for different social and religious groups will always uphold the rights of private agencies to manage their own educational institutions, provided that nothing is done in and through them, which would be dubbed as anti-national and anti-patriotic. There is little scope for such activities being carried on since these institutions are affiliated to Government-controlled Universities which supervise their working and which could therefore withhold grants from them if they should indulge in anti-national activities. Corrupt practises in the payment of salaries of the teachers and admissions of students could be firmly dealt with by the government and the University with the help of ordinary law and grant-in-aid rules and regulations and by instituting public enquiries into such malpractices.

But the spirit of the times seems to be running against private enterprise either in industry or in education. Liberalism is on the downgrade and it is being replaced by regimentation. Industrialists and Educationalists have either to fall in line with the Socialist politicians or go under. It is of no use for Catholics and Nairs to lament over spilt milk now especially after their having case their votes in favour of candidates belonging to political parties which care least for the rights and liberties of the people. Let the ‘masters’ of these politicians first educate themselves and learn to discharge their duties and responsibilities as voters. Then only will sanity dawn on power-mad politicians who want to enslave the bodies and minds of the youth by nationalising all schools and colleges and thus the entire educational system.

Visit indianliberals.in for more works by Indian Liberals dating back to the 19th Century.