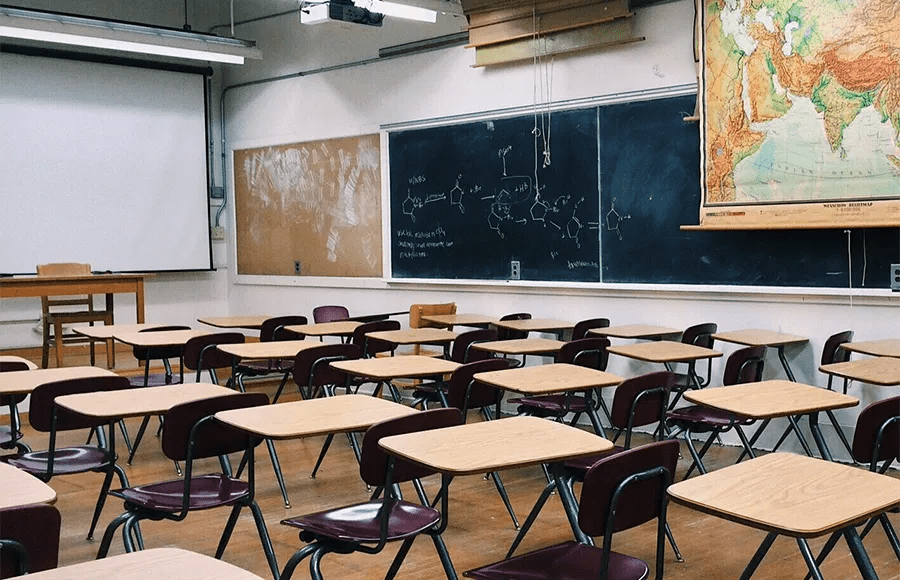 (The interviewee runs an affordable private school in a low-income neighbourhood in New Delhi, India. Given the sensitive revelations on red tape and corruption, the interviewee requested anonymity. Some details are edited out for brevity and anonymity.)

My parents enrolled me in a government-run school as it was the only available, affordable and accessible option for them. Throughout high school, the only thing I learned was the application for a sick leave even though I didn’t learn an alphabet till the sixth grade.

I didn’t dislike my Municipal Corporation-run school. I just wasn’t satisfied by the school’s curriculum that didn’t cater to the needs of many students like me. They certainly had a documented syllabus, but they (teachers) had no onus whatsoever for the learning outcomes.

I opted for a commerce degree because my friend’s father wanted him to join his business and I wagged my tail behind him. Until the second year of my bachelor’s degree, I couldn’t distinguish between ‘credit’ or ‘debit’. I dropped out in the final year because I faced a linguistic barrier. Having opted for English as the medium of instruction, I later realized it was not my cup of tea.

My next phase of life was joining the Indian Army. Soon, the realization dawned upon me that I came to this world for better things.

In 1992, when I was back from my stint in the Army, my parents asked me to run their business. Yet I was not sure; business wasn’t my calling either.

My parents got tired, and so did I. That’s when my parents gave me ancestral land to start my own school. But the school did not make any profit for the first ten years. From 2002 to 2012, my income was zero. With familial responsibilities increasing my fiscal burdens, I went to Dubai every summer to earn 900 Dirhams and finance my expenses for the rest of the year here.

The law isn’t friendly to passion, it rather works on hard facts. The law did not bother about the inner drive I had for revolutionizing modern education. No matter what education you’re imparting or however genuine your intention is, for “them”, the classroom sizes mattered.

In 2006, I got recognition for my school, after hundreds of certifications and documentations I filed. The scheme of management – a standard document to run the school was to be approved to run ones’ school. It took me one and a half years to get this one approved with my name and address without any objections.

The time spent to procure this one document could have made me a seer in a parallel universe, perhaps.

The essentiality certificate (EC) is needed prior to the establishment of a school. Issuance of essentiality certificates is ministerial and again has many loopholes, requiring me to regularly visit government offices. From “zone” to “Act-branch” to the “district office”, getting this piece of paper with five sentences on it takes three-month efforts of regularly knocking on the doors of government officials.

[Check out this CCS study “Licenses to open a school: it’s all about money”]

Something as simple as ‘change of address’ involved heaps of documentation and reduced us clerical puppets in the clutches of the governments, time and again. The government thinks of private school owners as a group of money mongers. Ironically, a government official who hasn’t completed his own education is assigned to oversee approval of such documentation.

We don’t have a canteen for students. We just have a kitchenette to prepare tea for employees. We still have to show a health certificate every time a government official comes down for inspection.

From the office peon to an old officer in a municipal corporation, everyone was aware of this charade. If you don’t comply, you’ll have to pay hefty fines.

I had to ‘purchase’ a water test certificate costing 800 rupees because the regular channel would have taken me years.

10 years ago, one to one and a half lakh was a neat numerical to get things done. This hasn’t changed today; only the amount has gone up by a few zeroes.

Private schools are not allowed to earn profit. Yet no teacher (in a private school) can be paid below the 7th pay commission – the government scale of salary for government employees.

The education minister should ideally set an example by not accepting his steady government salary.

I never broke rules, bent them rather.  Setting up a school taught me the justification of bribery to fight the red tape. I am not proud of it. Speaking the truth in times of universal deceit is criminal indeed. So I lied for the greater good. I have never and will never take a bribe for myself.

I felt overwhelmed quite often by the reality I was stuck in. The anti-bribery laws are of no help. The law views citizens who pay bribes as willing participants, and therefore equally liable and subject to prosecution.

I was struggling in the same year (of setting up the school) as my father was a critical patient. The memory of queues for documentation and the maltreatment of government officials still pinch me today.

If the security of classrooms and schools is such a concern, why can’t the government deploy policemen in each classroom?

If they are so concerned with water quality, why not send a water tank on a daily basis for the children of my school to ensure a regular and safe drinking supply?

My school would then become the heavenly abode of education.

Alas!  This won’t happen. Because how will they earn their bribes?

Democracy is not a panacea. Government plays the enemy more often than not and scares private schools, with constant threats.

Did you know that India had 550,000 autonomous schools before British rule?

That’s what we need today: to overcome the colonial hangover and give more autonomy to schools. Government must stop its intervention and believe in the enterprise of various stakeholders in education, to work in tandem.

Read more: School financing in India: How budget private schools are losing out