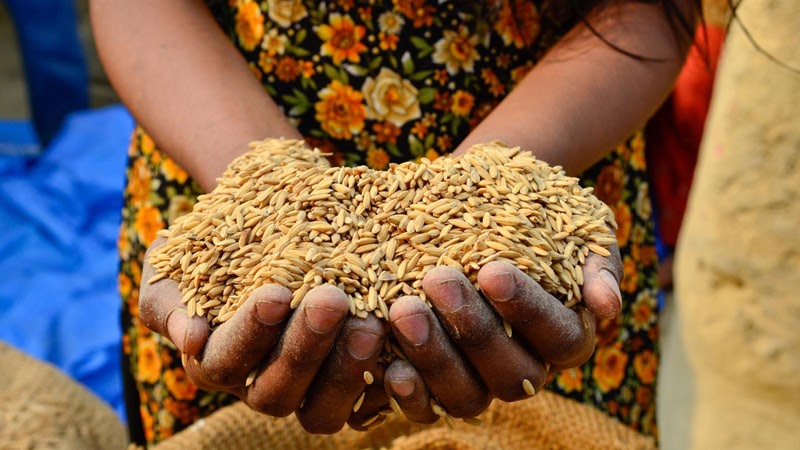 2020 marked a disastrous year for food security. The pandemic and the ensuing lockdown have brought on an unprecedented food crisis, exacerbated by geopolitical conflicts, socio-economic inequalities, climate change and pollution. Globally, before the pandemic, 900 million people lacked access to adequate and sufficient food, out of which 150 million suffered from severe food deficiencies.

The key to food security is continuous and systematic access to food. Food security necessitates that food be both consistently available and accessible in sufficient quantities and diversity, and households must be able to utilize (store, cook, prepare and share) the food in a way that has a positive nutritional impact. Since the 2020 staples harvest has been promising, the pandemic has caused very little dent in global food supply and global food prices. The global grain market has witnessed a price rice of only 10% between January to December 2020. Experts agree that the present food security crisis does not stem from issues with food production, as much as its availability and people’s capacity to access it.

The food security crisis during the pandemic is a direct result of disruptions in food supply chains, export and import restrictions as well as the loss of incomes, employment and remittances. Movement restrictions, intended to halt the spread of the virus, have interfered with the availability of inputs (fertilizers, pesticides, tools, cattle feed etc.) and manpower required for processing and transport of food. This in turn has made it difficult for producers to access agricultural markets, thereby impacting the availability of even basic commodities in the open market. Protectionist policies of tariff barriers, quotas and border closures have added to the woes of the supply chain. With reduced purchasing power due to unemployment and under-employment, as well as as movement restrictions, people are further prevented from accessing the food markets.

In India, the Department of Agriculture, Cooperation and Farmers Welfare estimated that the production of crops for the agriculture year 2019-20 would be higher than normal. According to the 2nd Advance Estimates, total foodgrain production during 2019-20 was estimated to be 291 million tonnes, higher by 26.20 million tonnes than the average of the previous five years (2013-14 to 2017-18).

The Food Corporation of India (FCI) is mandated to conduct large-scale procurement of food, with the objective of maintaining stocks in the Central Pool towards meeting the requirements of various welfare schemes. As of June 2020, FCI had 816.60 lakh tonnes of foodgrains, with the FCI Chief even estimating that the stock is adequate to meet demands till March 2021. By 1st September 2020, FCI was stocking 478.32 and 221.95 lakh tonnes of wheat and rice respectively.

Under PM-GKAY, foodgrain entitlements of 5 Kg/person/month were distributed to all NFSA beneficiaries from April to November 2020. Similarly under ANBS, 5 Kg foodgrains/person/month were given to migrants, stranded migrants and those without ration cards from May to June 2020, as a result of which around 2.74 crore people received rations. To ease identification of migrant beneficiaries, the government also expanded its One Nation One Card initiative, which now covers 32 states and union territories, and 69 crore beneficiaries.

Perhaps unsurprisingly, adequate availability of foodgrains during the pandemic was not sufficient to deter food insecurity in a large section of the population, particularly the poor and most vulnerable. Since nutritional security, an important component of food security, cannot be achieved through rice, wheat and pulses alone, the impact of the pandemic on the supply, availability and accessibility of perishable foods has had an important role to play.

It would not be a stretch to say that in-kind interventions have done little to combat food insecurity, both before the crisis and during it. When millions go hungry each day, it is hard to argue that the government should not be providing them food. However, these interventions have not only failed to meet the needs of the population, but have also generated temporary and unsustainable supply that distorts the market. Therefore, it becomes necessary to engage with the food market system, understand the role of all market players and assist them to improve their ability to cope and recover.

Market-based programming, focussing on the impact of the pandemic on critical food market systems, can be an effective solution. This can take the form of cash based assistance, through conditional or unconditional cash, mobile money, voucher systems and cash-for work etc., but does not need to be limited to it. Indirect assistance, by supporting farmers, promoting agribusinesses and value chain approaches, focusing on cooperatives and promoting local markets, has been successful in the past. An often overlooked aspect of market based approach is supporting market players like traders, larger suppliers, financial service providers and large retailers etc. that are usually considered immune to economic shocks.

While lockdown restrictions accommodated exceptions for agricultural activities, inter-state movement of agricultural equipment and manufacturing activities of agricultural inputs, small scale farmers were heavily impacted by the lack of labor supply, equipment and inputs at the local level and by states’ poor pre-existing agricultural market arrangements. Small-scale farmers serve predominantly domestic and local markets, overriding the need for complex transport mechanisms and supply chains when inter-state and inter-district trade is compromised. Their produce is better equipped to fulfil the dietary and nutritional diversity requirements of the local population. Additionally, with localized environmental knowledge and dependence on the land, they are likely to resort to more environmentally sustainable farming practises.

If small scale farmers had been put at the forefront, India’s food market system would have been better equipped to survive the pandemic today. A major thrust of the government’s solution should be on protecting short value chains. Promoting local and homegrown food, facilitating local value chains, informal markets, local market linkages and ICT based distributions would go a long way in overcoming disruptions to formal food supply chains.

Market based programming would deploy a two-fold approach to tackle food insecurity during the pandemic. Firstly, through aiding the food market system by supporting a wide variety of market players like input suppliers, producers, laborers, traders/wholesalers, retailers and market workers, transporters, street vendors and restaurant owners.  Secondly, enhancing the purchasing power of consumers, and as a result their ability to access food, through cash based interventions.

The pandemic has disrupted the food market system in the country and all four dimensions of food security, availability, access, stability, and utilization, have been impacted.  The government’s policy of providing in-kind support to consumers is a half-hearted attempt at targeting the symptoms and not the root cause. The situation calls for remedies that support the food market systems and its key market players to tide over the economic shocks of the pandemic. Flourishing small-scale farmers can offer local solutions to the food insecurity faced by their communities, while enriching the quality of rural lives and livelihoods.

Between Payment and Parity: How India can tackle Unpaid Domestic Work

The “Stree” behind Street Vendors

How Trophy Hunting Saved the Markhor