Home Philosophy The Indian Constitution and ‘The Right to Sin’ 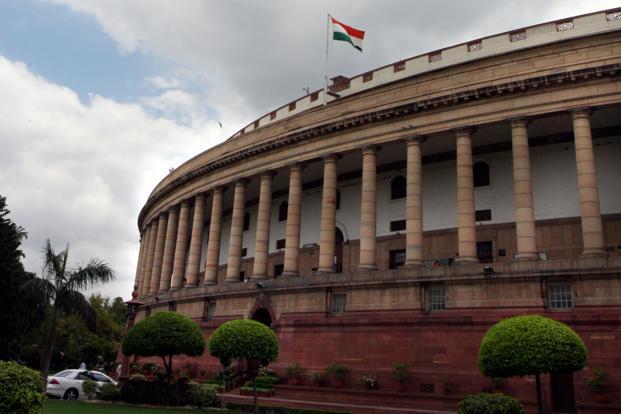 “The Constitution has been reared for immortality, if the work of man may justly aspire to such a title. It may, nevertheless, perish in an hour by the folly, or corruption, or negligence of its only keepers, the people.”

Of all the devices and institutions that societies have fashioned in organising and governing their affairs, the constitution is perhaps the most fascinating, and one that no nation state can do without.

But why is it so? Why is the constitution, as Joseph Story had remarked, ‘reared for immorality?’ What is so sacred about a legal document? Why is it constantly invoked in discussions of social and economic matters? Why do our political leaders and representatives take an oath to pledge their allegiance to it?

The constitution gives substance to one of the core principles of liberty—limited government. It decides the relationship between the state and the individual. It decides what powers the government has and how it may exercise its powers; and what powers (or rights) people have and how free they are in the enjoyment of their rights. In articulating the principles that would be fundamental in framing laws, and the bounds of those laws—it seeks to create a ‘rule of law, not of men.’ The principle of constitutionalism recognises, as the 19th Century  liberal Lord Acton had recognised a long time ago, that ‘Power tends to corrupt and absolute power corrupts absolutely.’

Nani Palkhivala, the eminent Indian jurist and one of the staunchest defenders of the constitution captured it best– “The Constitution was meant to impart such a momentum to the living spirit of the rule of law that democracy and civil liberty may survive in India beyond our own times and in the days when our place will know us no more.”

As I pondered over this question, I was reminded of a curious quote by Gandhi; and It is worth reflecting over. In a September 1931 issue of Young India, Gandhi had said: “I shall strive for a constitution, which will release India from all thralldom and patronage, and give her, if need be, the right to sin.”

At first glance, such a sentiment seems odd coming from Gandhi. How could a man who was steadfast in his commitment to non-violence and peace ask for India’s people to have the ‘right to sin?’ How could Gandhi, who believed that moral principles had to be central in political and economic affairs say such a thing?

Gandhi certainly wasn’t advocating for looting, plundering or killing people when he said this, or of depriving others of their rights or freedoms. But the right to sin may well be understood to be a natural corollary of the right to be—the right to express and dissent freely and boldly against prevalent narratives; and to be free in making one’s life choices. The expression of one’s rights may well be sinful in another’s eyes. But so long as such expression is peaceful and does not violate another’s freedoms, it is valid—indeed, necessary—and needs to be protected. We need to be equal in our rights and freedoms, even in our right to sin. Rights are rendered meaningless, or are at least undermined to the degree to which individuals are prevented in their peaceful expression.

The Constitution does grant us fundamental rights, but it does so with caution and restraint, and without the moral conviction that should accompany matters of such far-reaching consequences. Each of our rights can be subject to ‘reasonable restrictions’, the ‘reasonableness’ of these restrictions being decided by those in power. That is a dangerous precedent in a free society.

But while the constitution has its flaws, it is a document that has endured. If India is a successful democracy, it can be traced to a fair degree to our constitution and the wisdom and foresight of the men and women who drafted it.  The constitution has time and again come to the service of the people–it was the judiciary upholding the constitution that came in the way of parliament amending and diluting property rights (before they were ultimately done away with in the 44th Amendment), and more recently, it was the constitution that led the Supreme Court to strike down Section 66A of the IT Act last year to affirm our freedom of expression. The history of independent India gives many instances where the constitution played a vital role in safeguarding our freedoms. And it also gives instances when these restraints were either inadequate or unsuccessful in restraining the state and in protecting our liberties.

But as important as it is to question whether the Constitution has done justice to its people, it is important to ask too whether we have done justice to the constitution–to the vision of justice, equality and liberty that it cherishes in its preamble. The constitution is, ultimately, a piece of legal fiction; and it is no stronger that the moral consensus that it articulates. When that moral consensus and the spirit of the law fails, the letter of the law does not matter. We need to affirm our freedom to be and to err; and to strive for a constitution that Gandhi desired, one that would free India from all ‘thralldom and patronage, and give her, if need be, the right to sin.’