Home Uncategorized Some Reflections from a Trip to Bharat 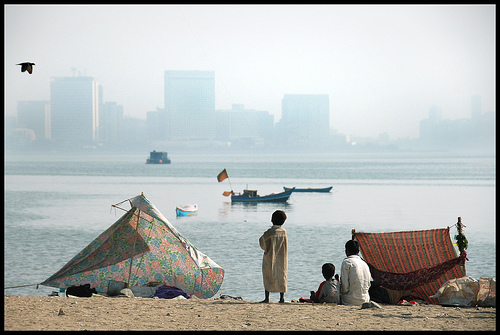 One that a lot of us reading this blog live in, and call India. The other, one which we know of but have often not heard or seen, which I will now refer to as Bharat.

A recent trip I took gave me the chance to explore this Bharat; unheard, untouched and unexplored by most. People in ‘India’ are largely unaware of the problems faced by Bharat. This is possibly because Bharat is less accessible – like a distant cousin, we know of him but have never met him.

Bharat is poor, or at least not as well off as its richer cousin, India. The government has launched endless programs for its upliftment. This year’s budget was also focused on the development of Bharat. This is not exactly new; every year there is a new scheme – free education, subsidies, skills training, and numerous others. But where have these schemes gotten us? What is the status of Bharat now?

Let’s look at the idea of free education. The government wants everyone to be educated. This is definitely a good idea and no one would disagree. In my discussion with the people in Bharat, they said they did want to send their kids to study, but faced two key problems. First, If they send their kids to study, they will not have enough money in hand to spend on their food and daily necessities. Second, there is no good school in the neighbourhood for them to send their children to – private schools are shackled by government regulation focused on input norms, and government schools lack accountability and quality checks.

Has the government (with all its good intentions), been able to create the need for education in rural India, like Nokia or Samsung have created the need for cell phones? Cell phone companies have managed to get into the pockets of the poorest of the poor, while the Government is still struggling to achieve an educated nation.

While interviewing a group of tribal woman in a village close to Harda in Madhya Pradesh, I learned that there was a private school three kilometres away that charged a fee of Rs 80 per month. I asked whether it was a good school, and they said that it was, but that they could not send children there. Why not? Because they couldn’t spare that much of their income for education.

And yet, 18 of those 25 women acknowledged that they had a TV with a paid DTH connection.

My question is simple: If the poor have a TV and they spend Rs 250-300 per month on keeping their connection live, why is it that they cannot spend Rs 80 per month on educating their children?

Though I didn’t get an answer from them on this issue, here is my hypothesis: The government has not made Bharat dependent on them for TV and entertainment. However, they have made them dependent on government provision of education. Of course, this is mere supposition on my part and I could be wrong, but I do think that it is a compelling way to think about the matter. With an ever-expanding state, we see that dependence not merely in education, but in a host of other facets in our lives. A lot of dependence on the state and big promises, but little accountability to go with it.

Travelling through Bharat, I saw an extent of poverty I don’t typically encounter back at home and in India’s big cities. Year after year, we hear about poverty reduction programs and schemes but what comes out of it? NGOs and individuals have come out to help the country and government – some have done well, but unfortunately, others haven’t had much impact. Eradicating poverty and providing education to all is such an emotional thing that everyone wants to contribute, but hardly anyone has taken the time to work out the details. Our good intentions will almost always have bad outcomes if long-term consequences are not considered.

I think the reason that most of these anti-poverty measures have not been successful is because these measures have been designed by bureaucrats and politicians–the poor have not been an integral part of it. If one really wants to empower people, they must give them opportunity to earn, help the community to fight against the poverty together. Poverty can effectively be eradicated only when the poor start contributing to the growth by their active involvement in the growth process.  All the people of Bharat need is a sustainable model to work or to start their own business – be it a small store or a big one, be it E-Rickshaws or cab services. People earn money when they feel safe from goons and criminals, when they trust in the Rule of Law and good governance.

All of this, of course, requires not merely fundamental institutional changes, but also a fundamental change in approach. But are we listening?

(A version of this article previously appeared in the Quint. The author, Sadaf Hussain works in the development sector, is interested in politics, economics and human behaviour, and supports logic and the free market. Good at cooking, taking pictures and sarcasm. You can follow him at @hussainsadaf1