Home Governance Population is Not a Threat to India 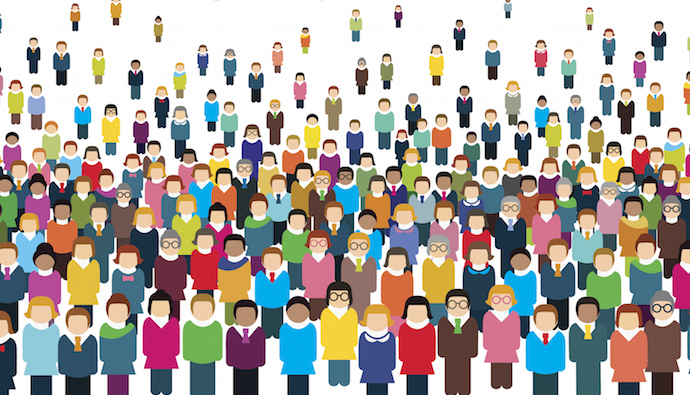 The Constitutional Amendment Bill, 2020, was introduced on the 7th of February in the Rajya Sabha, as a Private Members Bill, by Shiv Sena Member of Parliament, Anil Desai.

The Bill introduces a single Article to the Constitution, which is to read as follows;

“2. After Article 47 of the Constitution, the following article shall be inserted, namely —

‘‘47A. The State shall promote small family norms by offering incentives in taxes, employment, education etc. to its people who keep their family limited to two children and shall withdraw every concession from and deprive such incentives to those not adhering to small family norm, to keep the growing population under control.’’

While this Bill has spent social media spiralling into a debate, this Article challenges the underlying assumptions this Bill makes in its Statement of Objects and Reasons.

Relationship between population and economic development

As mentioned in its Statement of Objects and Reasons (“SOR”), the individuals behind this Bill believe the following;

“Population explosion will cause many problems for our future generations. We have to be concerned about the population explosion. The Centre, as well as State Governments, should launch schemes to tackle it. Our natural resources are extremely overburdened. The rate of growth of any country is directly related to the size of its population. Natural resources like air, water, land, woods etc. are subjected to overexploitation because of overpopulation. Today, there is a greater need to keep a strong check on the increase of our population.”

In its second paragraph of the SOR, the Bill claims that there is a vast ‘population explosion’ in India which is a threat to the future generation and our natural resources are overburdened. Ergo, the Bill seems to claim that a significant reason behind the lack of growth in our country, is it’s growing population. This couldn’t be further from the truth in reality.

To understand this, we need to compare India with countries in different parts of the world. And for this purpose, it makes no sense to compare populations of countries directly. When we argue that the population of a country is depleting its natural resources, we are not only looking at the population but at the population density, i.e. the number of Individuals in per unit geographic area, who depend on the resource of that area.

As such, if it was true that the population of India is so high that it is impossible for the amount of area/land we have to sustain enough resources to help so many people grow, any country with equal or higher population density as India should also have been suffering from the same problem. But that is not the case; on the contrary, many countries with a much higher population density are far better off in their growth rate and economic conditions when compared to India.

It is essential to consider a few more things. Primarily, the fertility rate, that is the number of live births in India over a period of time, has been consistently falling over the last decade. The fertility rate had come down from 5.061 in 1977 to 2.220 in 2019. As such our population growth has been consistently slowly down. Calling it a major threat to the future population is merely diverting attention from inefficient Government allocation of resources and flawed policies.

Another vital aspect to consider that in the socio-economic conditions present in parts of India, children as consider as additional hands to help in farms and household and help in the economic growth of the family. Considering the high mortality rate for children in some of our states, low-income families are often incentivised to have more children to ensure at least some survive until their adulthood.

A policy which aims to punish families with more than two children would only end up punishing more impoverished families while solving no real problems concerning the economic conditions of the country. While the idea of incentivising individuals to behave in a certain way has merit, a policy based on a flawed understanding of the actual problem, i.e. growth and economic conditions of our country, has a lot of seen and unseen problems that it will create for its citizens.

Read More: Is it overpopulation or overcrowding?