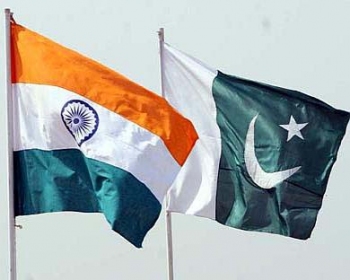 On Nov 12, 2012, Pakistan’s National Assembly passed the historic Right to Free and Compulsory Education Bill, 2012 paving the way to give effect to Article 25A of the Constitution of Pakistan which states, ”The State shall provide free and compulsory education to all children of the age of five to sixteen years in such manner as may be determined by law.” The bill was introduced in the Senate by Yasmeen Rehman as a private member’s bill.

In comparison to India where Education is under the Concurrent List indicating concurrent responsibility and powers to enact legislations, Pakistan has totally devolved Education to the Provinces. Therefore, each province has to promulgate such a legislation to give effect to the 18th amendment. Consequently, the RTE Act in India extends to the whole of India except J&K which has a special status where education comes under the State List. However, the slated education law in Pakistan extends to only Islamabad Capital Territory (one of the two territories controlled by the Federal Govt.) and would be applicable to all schools run by the Federal and Local Govt.

The fundamental right in the Pakistani bill has been extended to children of ages 5-16 years in contrast with India where the law is applicable to only children of ages 6-14 years. The importance of early childhood education seems to have been completely ignored by both. While Pakistan has neither fully included nor excluded pre-school education (roughly 3-6 years), India lacks a Central law altogether in this space. They seem oblivious to the research labelling this period as the ‘critical period’ for the complete development of a child’s brain.  The formation of attitudes and values as well as the desire to learn are also influenced at this stage. Therefore, inadequate support or neglect at this stage can lead to negative consequences, which are sometimes irreversible in nature. If media reports are to be believed, a draft policy on “Early Childhood Education and Care” is in the making in India.

The Right to Education legislation in India was heralded as an inclusive legislation providing an opportunity to the marginalised sections to obtain private education at no cost. This inclusion was effected by the impugned Section 12 which mandated 25% reservation for economically weaker and disadvantaged groups in unaided private schools. The hangover of socialistic agenda has persisted in the subcontinent resulting in blind copy-pasting by Pakistan which has provided reservation to the disadvantaged group to the tune of 10%. Oddly, instead of learning from the poor experience of its neighbour in implementing the flawed reservation model, Pakistan has kept the reimbursement mechanism out of the bill.

Finance becomes paramount in a legislation of such scale. In both countries, concurrent financial responsibility has been assumed by both the Federal and State Governments. The ratio of Centre-State split, spelt out in India as 65-35 (90-10 for North East), led to bitter fallouts between the Centre and States. Nitsh Kumar was famously quoted saying the Centre should meet cent per cent expenditure without specifying state’s share. His neighbouring CM, Mayawati had gone a step ahead and framed rules which state, “The Act shall remain in force subject to the condition that adequate funds will continually made available by the Central Government.” Therefore, it remains to be seen if Pakistan can deftly handle the contentious issue of financing the universal education programme.

One area where Pakistan has applied its brains is recognising the fact that private initiative complements the government in providing education. It has mentioned providing incentives to organisations/enterprises for setting up of schools. Going further, the law also mandates the establishment of a system of grants-in-aid to improve the attendance of poor students.

In comparison, India has blissfully ignored the results of its own DISE survey, reflecting considerable increase in absolute as well as proportion of enrolment in private schools over the years. And, it has decreed the stifling of private education by mandating them to obtain recognition, fulfilling a list of input-based norms and standards like PRT, infrastructure- drinking water, playground, rooms, library etc, before April 2013 or face closure. As a result, it is estimated that 1-2 lakh schools will close down as fulfilling the norms and standards would entail huge cost escalations rendering them unviable to function.

Another area where Pakistan has quipped India is Teacher’s incentives. It is marked by its conspicuous absence in any Central or State legislation in India. Fortunately, it has found its place in the Pakistani Bill which provides that the government may distribute awards to teachers/administrators/researchers and organisations who meet the minimum criteria. The reader should baulk in disgust for even the developing countries in Latin America, Africa and Asia like Chile, Brazil, Mexico, Bolivia, Uganda and Mozambique have established teacher incentive structures. The modalities have been aptly left to be prescribed in the hope that sanity would come with experience leading to sensible rules.

Duty of parent has been recognised as admitting their children to the neighbourhood school in both nations. Pakistan has put the cart before the horse by sermonising that the parents failing to follow their duty or directions of the SMC shall be rebuked with a fine of Rs. 5,000 or imprisonment upto 3 months or both. The preachy government however falls short of putting any obligation on its own machinery failing to guarantee the fundamental right- a clear case of outsourced accountability.

Lastly, the quality outcomes have been unfortunately overlooked by both the legislatures. Both legislations require registration/recognition of schools. The Indian RTE Act specifies a list of norms and standards, all input-based, to be followed and the focus on outcome is totally absent with the government assuming neither responsibility nor accountability for outcome based learning. On the other hand, Pakistan delegates the modalities of norms and standards to be prescribed leaving room for including outcome based criteria under the norms. We can only hope that Pakistan doesn’t repeat the same mistakes we have made in guaranteeing not the right to education but educational facilities in the historic RTE Act.