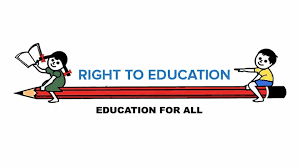 The Tamil Nadu government has withdrawn its decision to conduct public examination for classes V and VIII. This decision comes in response to the severe criticism from several quarters – from academicians to students, claiming that Public exams and the no-detention policy may act as a deterrent for children from attending school. Although this argument may seem convincing, like everything else, education in India is much more nuanced.

The rationale for no-detention comes from various committee reports since the British period like the Hartog Commission (1929) to Kothari Commission (1964-66) and various Central Advisory Board of Education (CABE) committee reports among others. The committees deemed detention to be ‘Wastage’ of early years that pushed children out of schools. So, in the pursuit of inclusive education, the government passed the Right to Education Act (RTE) in 2010. The Act, among other things, banned schools from detaining children in the same class up until class eight, i.e, a school cannot fail any child for poor performance, taking it further, no exams up until ninth standard.

The basic argument stems from the fact that failure discourages and demotivates thereby pushing children out of school, especially in poor areas. This argument bore fruit when drop-out rates of primary schools plummeted from 30.3 during 2009-10 to 4.13 in 2014-15. More children became students, i.e, the Gross Enrollment Ratio (GER) increased up to 99% in 2014-15. All these improvements are in a way the direct result of RTE and the No-detention policy advocated by it. But as always in case of government intervention, there is a huge area of uncharted territory where the unintended consequences loom large.

Perfect is the Enemy of Good

As mentioned earlier, the primary drop-out rate for the year 2014-15 is 4.13 but the rate increased exponentially to 17.16 for secondary school, i.e. when they reach class nine. Children find it difficult to cope up with sudden examination when they reach the ninth grade and thus drop out of school. Thus the perfect legislation for making education inclusive, in essence, has only pushed children from dropping out of school by three years. One might still consider the legislation a success because at least it provided elementary education for all. Well, no!

As Madhav Chavan, the president of Pratham Educational Foundation which releases ASER writes: Just when it seemed like the ASER results were getting repetitive, the Right to Education Act was passed (in 2009) and suddenly things began to change. In ASER 2010, we first noticed that the proportion of children in private schools was growing and learning levels had begun to decline. But the Ministry of Human Resource Development officially neither recognised ASER nor did it accept its findings as far as learning levels were concerned.

In search of the perfect silver bullet to rid the entire education system of its flaws, the government clogged the system with more problems which can only be resolved by structural review of the system with hard facts and data.

Governments are reluctant to reform, their cobweb bureaucracy and intense political rhetoric wouldn’t let them. So when they go back on their previous arrangement, it means things are really bad. These changes are to be really studied rather than just flying out the most basic argument against it. No-detention policy does not work, period! It creates an environment suitable for stagnation and irresponsibility, prerequisites for a dysfunctional bureaucracy. There is no incentive for teachers to teach and no incentives for students to learn because there are no consequences for poor performance. One thing we learn from public choice theory is that people won’t do anything until the incentives are right. Nobel Prize winner Abhijit Banerjee puts it perfectly: The public education [system] is a system for the teachers, by the teachers and in the interests of the teachers. This is a system which essentially does not want any metric of performance. Measuring outcomes rather than inputs. The existing system focuses only the inputs – enrollment ratio, money invested, syllabus completion, food provided among others. Let’s assume there is a Paati who makes vadais. She can invest and cook many vadais continuously but if she doesn’t taste it, she can’t know if it really tastes good and if people will like it. Now, the taste may depend on many factors – salt, pepper or the flour but the only way to find it is to taste the outcome, simple as that!

Outcomes of the education system can be effectively measured with exams thereby making them absolutely necessary. Vivek Kaul in his book India’sBig Government, reports an interesting incident in Rajasthan. Parents met the then Chief Minister Vasundra Raje during her outreach programme and suggested that the ban on exams was not in the best interests of children. A September 2014 news report suggested that the state was considering exams in Standards III, V and VIII.

Exams in India has become a societal problem due to the pressure applied to the students to score more marks. The reason for making examinations, especially public board examinations, pressurizing has many factors but the factors are beyond the scope of this article. But the problem of primary testing is rather easy to solve. If a government wants more people to pay taxes, it lowers the tax slabs and does not cancel taxation altogether; likewise for more people to get basic education, testing and exams have to be made simpler instead of cancelling the exam altogether. Primary results could be declared separately for each class, exams could focus more on basic skills, arrear based approach are some of the suggestion to make exams less intense for primary school goers.

Due to continuous mismanagement and ill-performance, government schools are being deserted in favour of private ones. ASER reports that parents are enrolling boys increasingly in private schools while girls are left back at public schools. The private schools too are being strangled by ‘good intentions’ through legislation like RTE making them comply with unnecessary regulations. People must stop making silly arguments like students of bureaucrats and politicians should be allowed only to public schools and start addressing the structural issue of education and the consequences of government intervention in India.

India houses the highest working-age population, something economists call the Demographic Dividend. To exploit this and propel India into higher growth, primary education is a prerequisite. As the future is moving towards skill-based rather than degree-based recruitment, it is necessary to develop a basic foundation without which India might also miss the fourth bus for growth. One must understand that these no-detention policies and cancellation of exams only give the right to schools and not education. Schools do not mean education the same way that growth does not mean development.

Read More on the Right to Education Act