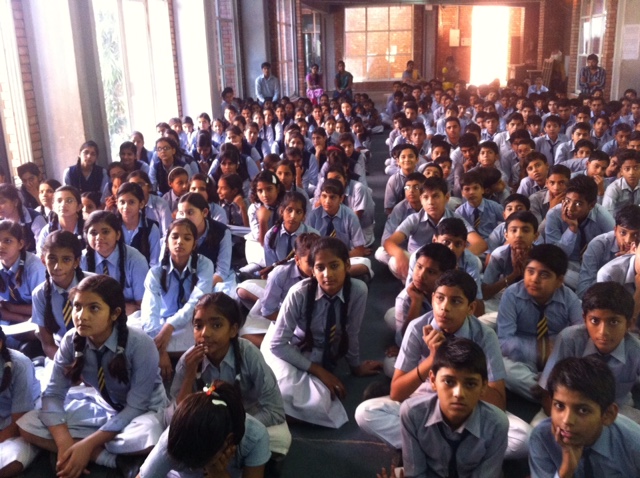 New Education Policy is being formed after 23 long years. India revised its education policy back in 1992. Now the not-so-new government has taken up Education Policy on their agenda and have started consultations across the country, both offline and online, to involve different stakeholders in policy formation process. While the consultation process is certainly laudable, in a country like India there is always some scope to reach out to more stakeholders, understand more viewpoints and see the policy from an entirely different point of view.

In this series of blogs we are presenting travelogue of a young engineer from Delhi who has set off on a weeklong journey on his bicycle from Delhi to Lucknow. Over the next five days he will stop at 5 different towns, reach out to citizens from different walks of life and talk to them about education. To put it in his own words: “Through all my journey, I try to spread awareness about importance of education and healthy living. As I travel to various cities and meet lot of villagers. I get to meet different people to whom education still doesn’t hold much importance. I took it as an opportunity to make a positive change to the lives of at least a few people “

Interestingly, Prashant will be talking to people about New Education Policy too and find out what people expect from country’s education system over the next few years. We will be presenting a blog a day capturing Prashant’s discussions in the form of a travelogue. Hope to hear your thoughts and words of motivation for Prashant, everyday!

Bon voyage to NEP on Wheels!

Yesterday, I embarked on the first day of cycling journey from Delhi to Lucknow. I will be covering over 18 cities through this trip, but will be stopping at 5 major points:  Mathura, Agra, Firozabad, Kanpur, Etawah, and finally, Lucknow. I managed to cover 180 Kms yesterday, and what a day it has been!

My first stop was at a police station in Palwal (Haryana). I stepped with some hesitation but within no time got the police officers talking about what seemed like a topic they had a lot to say about. Well, none of the police officers were aware of consultations on NEP arranged by the state government nor of New Education Policy being formed to begin with. Interestingly, the first thing that they talked about was the way board examinations are conducted. Cheating is widespread in these examinations, and they talked about the urgent need to address this. They also felt that we need to make sure more qualified teachers are recruited in the system. Presently we pay way too much to the teachers who are not performing their job well. One of the officers remarked that teacher salaries should be brought down to make sure that they get paid for what they deliver.

Next I visited a government school in Palwal, where I interacted with teachers and students. They were very excited when I told them about my trip, and were keen to know more. The children seemed a little shy, and from what appeared to me, they weren’t completely free in expressing their views (though they had a lot to say!) The teachers seemed very passionate while talking about education. They weren’t aware of the NEP consultations, but said that they would have loved to participate had they been aware of it. One of the students remarked that it makes a huge difference to be in a city like Delhi than being in a smaller town–“Students from Delhi appear to be far more intelligent than us because of their access to information and resources in general”. However, some students felt that the internet has changed that equation quite a bit–many of them use the internet and have access to resources on various subjects.

A few kilometers further from Palwal was my next stop at a private school in Kosi (Uttar Pradesh). I noticed a marked difference in the children as they talked–children in this school seemed to be far more forthcoming in expressing themselves. I visited a class of 9th standard One of the students said that he wanted to become a doctor, and did not understand why he was made to study physics—a subject that does not interest him at all. Another wanted to become a football player, but felt that there was no scope in the class timetable for him to spend more time playing football, and then wondered–“Does our country require any football players at all?”

I then finally reached Mathura. My final pitstop for day 1. Before calling it a day, I visited the ISKON temple to meet a resident priest who had previously served in the Indian Navy for 20 long years. He was the first person I met on day 1 of my journey who was aware about NEP and the consultation process that was happening around the country. He talked about what he felt was lacking in our education system, and the need for more accountability and quality in schools. He talked too, of the need of imparting a right value-system; and of introducing the Bhagwad Gita in our curriculum to fill this value-gap.

Tomorrow is day 2 of my journey. I will be heading toward Agra, some 70 Kms from here; and will try to catch hold of people there to get their views on education.

A day into my trip, 180 km down; and a few hundred kms left to go! Lucknow is still a far way off. I’ll be blogging about my experiences every day. Stay tuned to follow me in my adventures!

A brief bio of Prashant:

His recent mission is to spread awareness on the value of education. This is a part of StiR Education‘s initiative ‘ChalkWalk’, where teacher changemakers across 12 states in India will be taking the pledge to to reclaim their classrooms and exhibit their shared commitment to improve learning in students).  For this he is going to cycle from Delhi to Lucknow from 1st to 5th October while meeting lot of people and understanding their opinion on education. In December, he is participating in a Tour of the Nilgiris i.e. He is going to cover 900 kms in 7 days on cycle in South India. He will start cycling from Bangalore, then go to Tamil Nadu and end his journey in Kerala passing through various villages including wildlife sanctuaries of Bandipur of Karnataka, Waynad in Kerala and Mudumalai in Tamil Nadu. He is starting this journey on 16th Decmber 2015 and ends it on 23rd December 2015.

He is an engineer by profession and quite passionate about education and has been working in education sector from the last four and a half years (He worked as a teacher with TFI for two years and has been associated with STiR Education as an education leader for the past two years). He is also an alumni of ipolicy for Young Leaders organized by Centre for Civil Society. He has been invited by IIT-Madras, Estonia (a country near Russia), and Stanford University to present his ideas).

Do you like what Prashant is doing? You could actually do your bit to cheer him on! 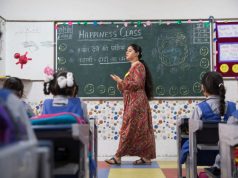