Home Liberalism Movement Towards Swatantra: The Life and Times of Chakravarti Rajagopalachari 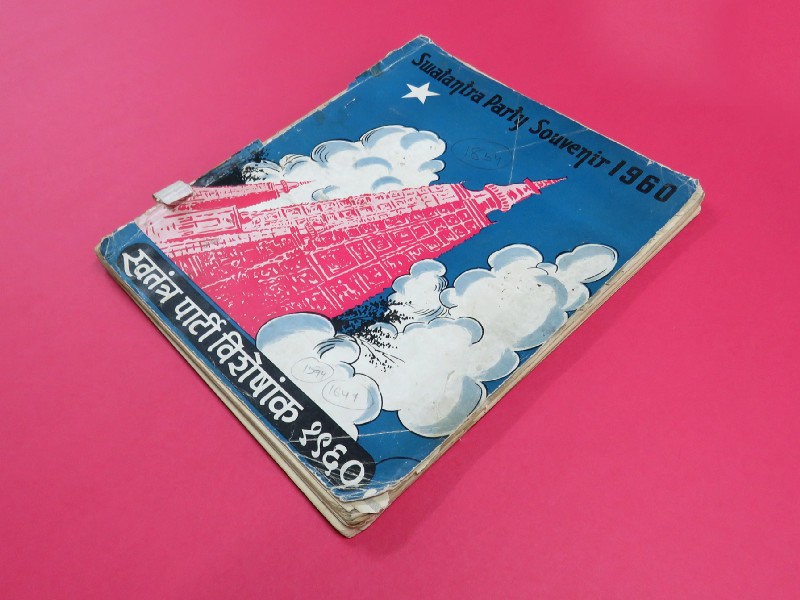 As the nation awoke to its ‘tryst with destiny’, Rajaji found himself at odds with the top-brass of Congress’ Working Committee. Despite his dissent, on the eve of Partition, the Congress leadership requested him to take over the Governorship of Bengal- only a skilled Statesman could impose order in the foreseeable chaos. The Governorship ended with Rajaji taking over from Lord Mountbatten as the first Governor-General of independent India. With Dr Rajendra Prasad’s swearing-in as the first President, Rajaji looked forward to retiring from Delhi and returning to the southern sun. Alas, Delhi was not ready for his retirement. Post-independence he served in various capacities — as Chair of the Economic Committee, member of the Foreign Affairs Committee, and after Sardar Patel’s tragic demise, he served as the Minister of Home Affairs. During this period, the distance between the Minister and the Prime Minister grew exponentially. Rajaji’s disenchantment with Pandit Nehru was not personal but ideological. He was critical of the democracy that the Prime Minister represented. And although he chose a seat in the Opposition wing of the Parliament, his views remained widely respected.

According to Rajaji, a truly liberal and healthy democracy has four feet: (i) a vigilant citizenry, (ii) prudent statesmen, (iii) a wilful parliament, (iv) an independent judiciary. Of these, the Prime Minister’s administration fostered but one.

Rajaji viewed the ruling party’s majoritarianism as two-fold. First was its sheer numerical majority that overshadowed any and all opposition. Second was the dominance of the Lower House over the Upper House. This dominance formed the backdrop for a steady stream of Ordinances, circumvention of judicial reviews, and amendments to the Constitution. Additionally, ‘tyranny’ within the majoritarian party stemmed from a powerful centre that was the Prime Minister. This mutated into a shift in priorities as elected legislators concerned themselves more with the Central Leader’s perception of ‘public good’ as opposed to their own insights on it. Rajaji sums the cure for this oligarchy as,

‘…If we desire Freedom, Swatantra, and not tyranny, if we desire human personality not to be strangled by over-government, if we desire the general welfare of the poor to be uplifted and looked after, we must have a conservative party whose function will be to restrain and guide the ruling party, if not to replace it…’

Along with the jinx of majoritarianism, Rajaji viewed the ‘holy cult’ of the Planning Commission as an added tool for undermining the Indian democracy. He quizzed how a committee of a select few individuals could map the fate of an entire populace,

‘…The major fault of centralized, comprehensive planning is that it imposes a monolithic burden on a people composed of diverse elements at all levels and in all occupations. The achievements that it might show in a few selected areas are bought at the cost of the freedom and enterprise of the individual. The individual and his creative ability are smothered by a proliferating bureaucracy and innumerable rules and regulations…’

The problem with State Capitalism, as Rajaji broadened, was its bureaucratic nature. The government, presumably functioning for the ‘welfare state’, had no real incentive to create, innovate, or ensure effective functioning of the many industries it had enveloped. Further, the central planning had resulted in large spendings on projects that did not necessarily yield an equitable return of investment, depreciating the value of Rupee. The vicious cycle came full circle with climbing foreign borrowings. The overarching Planning Commission turned into a brake-fail for the government’s PR as it redirected every uncomfortable economic query to the Commission, except the Commission did not entertain the press and were accountable only to the government. Not only did the Commission come to guide all policies under the economic sun, but the subject was removed from the floor of the Houses altogether. Thus, it effectively turned accountable to the Prime Minister only. Rajaji condemned this absolute control over the nation’s economy by a few men in power. The resultant policies ‘secured popularity’ by ‘offering distribution before production.’

Added to this was the grievance of the few private enterprises in the country that had to face more gluttony in the bureaucracy each time they walked through a government door. The stack of paperwork, the list of duties, the mounting sum of bribes — all ruinous to any semblance of ease of doing business in India. Rajaji coined this disservice as the ‘Quota License-Permit Raj’ or simply, the License Raj.

The most preposterous feature of the entire scheme, according to Rajaji, was its implementation under the pretext of a ‘welfare state’. ‘Public welfare is the only test by which economic policy should be justified and public welfare cannot be achieved except through the individual’s freedom to live, to work, to think and to aspire.’

Rajaji’s final term in public office commenced in 1952. He served as the Chief Minister of the Madras Presidency although he hadn’t contested elections. A hung legislature motivated the Governor to nominate Rajaji to the Legislative Council. For an ardent advocate of the democratic institution, this non-election to power hangs as an albatross around his neck. However, an often skipped fact is that he was the first Chief Minister to seek a vote of confidence in the Assembly he was meant to lead. ‘A party is put in office by reason of confidence in the leaders of that party. These should be guided not merely by a desire to keep the party contented and strong, but by the requirements of society for changes which stability itself calls for in changing times.’

Rajaji’s scathing critique of the ruling party and his staunch opposition to their economic schemes in part motivated him to seek an alternative. However, his belief in the principles embodied in the Constitution are what steered the morality of the ‘new party’. Labelled as a club of the ‘conservatives’ by its opponents, and a constitutional reckoning by its proponents, Swatantra was and is the first and the only liberal party of India with principles extending beyond the role of a constructive opposition.

[…] the Swatantra Party is a national movement rather than a party. If there is strength and grit in the nation to resist the totalitarianism that is in the offing, all fear and hesitancy will dissolve and disappear and we shall move on under God’s care, whoever is there or not there. It is really a movement of emancipation and the youth of the country […] Youth and intelligence have been boycotted or misled by the totalitarians. We detest the slogans of class and caste hatred that come too easily to hand in political rivalries. We wish to release youth from the spell cast over them…’

At the age of 83, Rajaji accepted the Government’s offer to tour the West and promulgate nuclear disarmament. For this mission he was joined by R.R. Diwakar and B. Shiva Rao. On American soil he met representatives of the United States and the Soviet Union, he held meetings with Henry Kissinger and Robert Oppenheimer, he delivered lectures to young minds on college campuses, he was invited to speak at the Council for Foreign Relations in New York, and finally, he met the President himself. President John F. Kennedy had allocated Rajaji twenty-five minutes to present his case. And while that was sufficient time for Rajaji’s adroitness, the meeting went on for over an hour as the President kept dismissing his secretaries as they unsuccessfully reminded him of his delayed appointments. He would later explain to a colleague, ‘…seldom have I heard a case presented with such precision, clarity and elegance of language.’

45 years after his demise, as India explores her destiny, Rajaji’s views transcend history and remain a powerful reckoning. He was an unconventional thinker, rooting his designs in the reality of his times. His thoughts would bloom-in-full as he debated the feasibility, or the lack thereof, of economic schemes, forms of government, the Constitution and the plots for its amendment. However, at the core of his being was faith in individual liberty which, he believed, was the heart and soul of a democratic society. As our nation progresses into unchartered waters of global identities and the regression of populism, Rajaji’s counsel serves as a looking glass, one that will guide us on the involuted path of liberty.

SO Musings: Rajaji- Man with a Mission