The world is thriving in the midst of innovations and growth the likes of which have never been experienced before. Yet the discourse of global economy is marked by recurrent concerns over the growing divide between the rich and the poor. Capitalism in principle gives equal opportunities to all businesses and people, but capitalism today is failing its participants. Many people call these irregularities the vices of capitalism, but evidence shows that these flaws exist due to restrictive rules and regulations which have paralyzed the markets. Competition is a fuel for markets and if the market is accessible only to a select few, there is bound to be lopsidedness. One of the major reasons behind these flaws are the input-heavy norms which act as entry barriers for new entrepreneurs.

The society’s inveterate aversion to endeavours established with a motive of personal gain reflect in our policies which tend to dissuade people from entering markets. Few understand that the very essence of entrepreneurship lies in understanding the society and its members: What is it that people need? How can their needs be met? Now that their needs are satisfied, how can their experience be optimized?

Lately, in countries like India this understanding has gained prominence and policy changes are underway to enable the entrepreneur to innovate freely. Yet the gap between rich and poor, is higher than ever as the upper echelons of the business world continue to enjoy an unfair advantage. Why so?

Despite a conscious effort to move towards market liberal policies in India, the medium and small scale enterprises (MSMEs) have not been taken into cognizance. Competition is a necessary precondition of capitalism to meet demands of the consumers at reasonable prices, while safeguarding the interests of the entrepreneurs. But a stringent policy environment makes the existence of smaller enterprises tough.

A good example of this are the street vendors of India. While the ‘License Raj’ may have ended for the bigger corporations in India, it sure does exist for the poor street vendors even today. Many of these street vendors spend their entire lives running a business limited to the stretch of their arms. Regulatory barriers on bottom-of-the-pyramid livelihoods force the small businessmen to grovel for their very existence, which is why it is nearly impossible for them to scale and expand their businesses. The street vendors are vulnerable due to the lack of property rights and legal protections. Government’s development plans do little to accommodate the employment needs of these smaller enterprises since they are not very profitable. The sheer number of people who fall under this umbrella should be reason enough for the government to pay heed to their problems and challenges, with the capital city of Delhi alone accounting an estimated 450,000 street vendors.

Another example are the Edupreneurs of India. Education in India, or globally for that matter, is a heavily contested subject, which widely falls under the purview of the government since it is a ‘public good’. Many people argue that if education falls under the purview of the private sector, Edupreneurs would charge exorbitant fees depriving shunning the needs of the lower rungs of the society. The budget private schools(BPS) are breaking this myth. With fees lower than the per pupil costs of government schools BPS, have gained preference amongst the lower wage earners as 80% of the private-school-going children attend BPS due to better learning outcomes. The fact that many poor parents choose paid BPS over free education in public schools, speaks volumes about the poor quality of public schools. Yet the BPS are burdened by the input heavy norms relating to infrastructure, student-teacher ratios etc., the same as private schools that are charging fees much higher than BPS. This regulatory impasse often forces BPS to shut down as a result of which, poor students are forced to go to low quality public schools.

Taking a cue from the examples cited above, if the basic requirements of the street vendors are met by granting them property rights in the vending zones prescribed in urban areas, then the street vendors can establish their business without fear and even expand their business to bigger areas/shops once they accumulate enough capital. Similarly, Edupreneurs who run schools should not be forced to abide by input heavy norms the likes of which can only be met by pumping in huge capital and hence are by default in favor of expensive private schools or rich Edupreneurs. If entry barriers in this sector are relaxed, more number of schools will be established, thus increasing competition and improving quality and outputs of these schools at reasonable costs.

Getting rid of input-heavy entry regulations would help scull our markets towards profitability and quality. Regulatory interventions should endeavour to build a conducive environment for enterprises, not to obstruct their existence. The general policy landscape in India continues to be evidently reluctant towards market-liberal reforms, thus placing great importance on mossback input-based regulations which are not evidence based. Existing restrictive policies can enervate even the most determined and driven entrepreneurs, which is why it is necessary to formulate protean policies which can keep up with the dynamism of our demands. 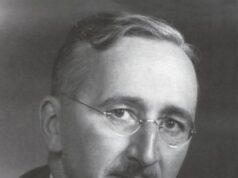