Home Governance Make in India: but at what cost? 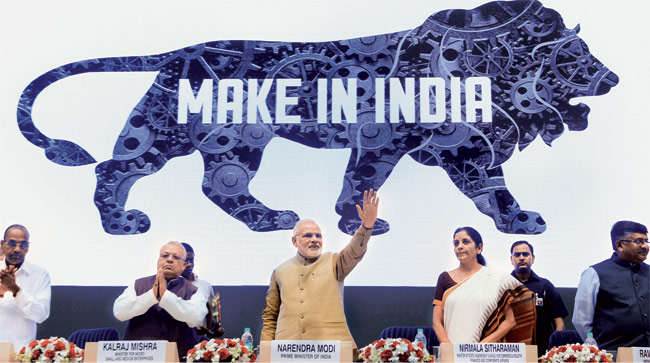 In a recent move, the government removed the import duty exemptions on 74 lifesaving drugs, in order to give impetus to its ‘Make in India’ campaign.

Let that sink in. Drugs that are used in the treatment of Cancer, Parkinson’s and a host of other very, very serious diseases will get more expensive, because the government wants to make sure its pet project is a success and is rolled out as desired. The protectionist urge, and the reasoning underlying it, is not very different to what was at work under the Socialist era pre-1991: that restricting competition would apparently spur innovation and industry, ultimately benefitting consumers. So what if drugs today get more expensive? The promise of jam tomorrow is better than bread and butter today.

The reasoning proffered is that “domestic industry is very much capable of supplying all of those drugs at very good prices.” But it shouldn’t be necessary to shield an industry from competition to prove its competitiveness. It may be that patients are not aware that there are indigenously produced generic versions of the drugs. In that case, it might still have made sense for the government to have launched an initiative to make the patients aware of the generic versions or to make them more accessible. Or to have examined the domestic sector to figure out what is preventing indigenous industries from producing or marketing these drugs. Making imported drugs more expensive makes no sense.

For some drugs, Indian generic drugs simply aren’t available or aren’t nearly as good as the foreign drugs. Particularly affected would be patients of Haemophilia—a genetic disorder in which patients tend to bleed excessively. The Indian drugs do not deliver concentrates of a particular protein, offering patients no alternatives to the foreign drugs.  With the new move, these patients would have to cough up a lot more money.

The project also sheds light on the confusion evident in our policymakers. Who benefits from making medicines more expensive? It would certainly benefit the domestic pharmaceutical companies—putting tariffs on imports eases the competitive environment and gives them an unfair advantage. But it certainly does not benefit consumers.  As has been stated numerous times by sensible economic theorists, the ultimate purpose of economic activity is consumption—it is not to ‘spur domestic industry’, nor is it to ‘generate employment.’ All other economic aims we hold valuable follow naturally from letting consumers reign and decide how resources are to be channelled.

The ultimate aim of economic activity being consumption, it is consumers who should drive the economy—not policymakers who seek to promote schemes or policies to benefit particular sectors at the expense of others. If a foreign company has a competitive advantage in producing certain drugs—they benefit by selling it here and Indian consumers benefit by paying less than they otherwise would have. The state does not need to put artificial constraints to benefit domestic industry—it is precisely the relentless rigour of competition that makes industry innovate. Restricting competition is only a recipe for complacency.

We needn’t make in India just for the sake of making in India. In so far as the ‘Make in India’ campaign calls for removing caps on foreign investment and creating a regulatory regime that is more conducive for doing business, it is probably a step in the right direction. But we need to ease that regulatory regime and make systematic reforms not merely in manufacturing, but throughout the economy in all sectors—service, manufacturing and agriculture. India needs to get many things right—its physical infrastructure, an overwhelmed court system, and put in place a robust property rights regime, along with many systemic reforms.  If it gets its fundamentals rights, resources would automatically get channelled in its most optimum outlets. As noted here, “Virtually every new government in New Delhi feels that it can get the allocation game right without understanding that in the end any resource allocation activity ends in being discretionary and anti-market.”

If ‘Make in India’ entails state capitalism and allocation of resources and misguided policies, as is evident in the present case of waiving custom duty exemptions on life-saving drugs, we probably need to be a lot more cautious of what will come out of it.