Home Uncategorized Is the Bihar Liquor Ban a Good Idea? 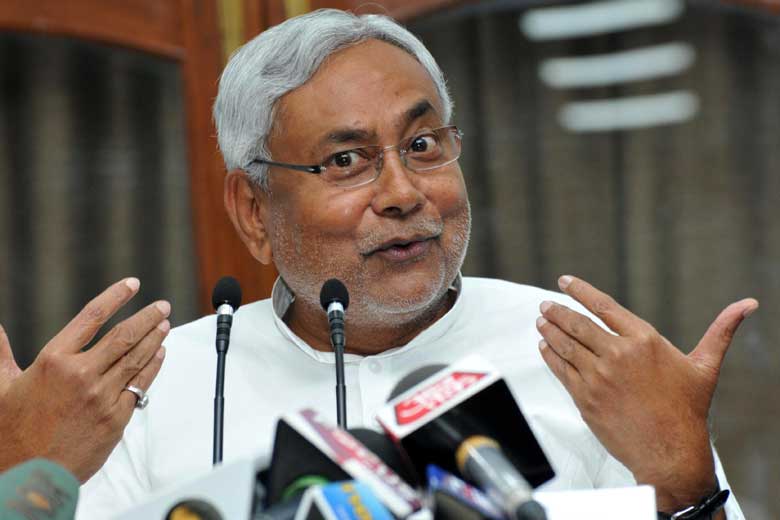 After a thumping victory against Narendra Modi and his nationalist BJP party, the new CM of Bihar, Nitish Kumar, has announced to fulfil one of his many election campaign promises of banning liquor sell and consumption in Bihar beginning from 1st April next year. After this imposition of ban, Bihar will be one among few of states in India, including Gujarat, my home state, were liquor is totally banned since 1960s, where liquor will be banned by the state government. In this short write-up I will analyze the economics of this liquor ban. People must know what will be the consequences of this ban. Will it become successful in achieving its stated goals?

So why Nitish wants to ban the sell and consumption of liquor in Bihar. Let’s hear the stated goals of this policy from his own mouth:

My government is committed to fulfilling promises made to women during the election campaign. There was a surge of complaints from women about male members of the family resorting to drinking and creating nuisance, which also affected the education of their children. (source)

Will the ban achieve this end? If we see theory and history of alcohol ban around the world and in India then the answer is, a definite No (for those who want to know the detailed reasoning for this “no” can refer to Mark Thornton’s wonderful book, The Economics of Prohibition).

Let me give a brief analysis of why this prohibition of alcohol sell and consumption in Bihar will fail in achieving its stated goals. First of all, let us remind ourselves that since the beginning the modern man (Homo Sapiens) has resorted to some kind of use of addictive drugs/drinks for religious or spiritual experiences or for simple recreational purposes (for evidence see here). In India itself the ancient Rishi-Munis and other people were known to consume Soma Ras, which was kind of hallucinating drink (see here). This history tells us that consuming such drinks is very natural for human beings, and something that is natural to humans is impossible to remove by such governmental bans. The ancient habits are not going to die quickly or die at all. Government trying to impose its will – or other peoples’ will – on others will always fail because of basic human nature. Such bans have never worked in history, and will not work in future too. Actually the issue here is of moral character. Government – or other people who are hiring the government agents to impose their will on others – have no moral right of stopping people from voluntarily consuming whatever they want to. It is none of government’s business to interfere in peoples’ lives as long as they are not physically harming others.

Apart from this problem of the ban going against basic human nature, other consequences will follow this ban. A basic knowledge of the laws and demand supply will make this point clear.

First, in the aftermath of this ban, the supply of liquor will become less which will increase its price at a given demand. This higher price will make the liquor industry more profitable, which will now attract illegal sellers i.e., bootleggers, liquor barons, mafias etc., into this market because selling prohibited liquor illegally is a very risky business and a crime which can only be carried out by such criminal people. Entry of such mafias will make this once peaceful market into a violent one! Crime will increase. More people will go to jail for a victimless criminal act of consuming liquor. People who are addicted to liquor, which includes everyone who is consuming it in present and many future addicts, will have to now find new sources of income to buy high price costly liquor now, and for that they will resort to petty crimes like theft, robbery etc. If males where creating nuisance in home before this ban, they will create more nuisance after the ban to get more money for consuming liquor. If they were spending 100 rupees on liquor before the ban, now they will have to spend 200 for the same! This means less money will be now left over for their children’s education compared to before the ban scenario!!! Not surprisingly, the government policy will, once again, achieve the exact opposite goal compared to its stated goal.

Second, the quality of liquor will also deteriorate once the ban will be imposed. Alcohol prohibition will make the liquor more potent. Because liquor is banned, those who will sell liquor in the underground market will produce low quality liquor e.g., hooch. Many people will die consuming this hooch like we have witnessed time and again in Gujarat where liquor is banned since 1960s (for example see here).

Third, police force will now be busy in imposing this ban leaving aside the important work of apprehending real criminals. This means, those real criminals will have a free play now, which in turn will increase other types of serious crimes in Bihar.

All these means, what is mainly a health issue right now will become a criminal and bigger social issue because of this ban. The Bihar government, instead of making lives better of its people, will make their lives even worse. What more can you expect from the government?

By the way, this proposed ban is just yet another addition in so many bans that Modi’s BJP government has already imposed on innocent people of this country (see the growing list here). This new inclusion in this list is coming from Nitish Kumar, whom many are seeing as a new PM of India! This only shows that all these politicians are one and the same. BJP or JDU or Congress, it just doesn’t make any difference to the lives of people of India. As I am saying since long, all these political parties don’t represent true choice in front of people. True choice is between having a state ruling over us or not! As long as people are trapped in the false choice of voting for the lesser evil, situation is not going to change for better.

Madhusudan Raj is an Assistant Professor of Economics, and teaches Austrian Economics at the Department of Human Resource Development, Veer Narmad South Gujarat University, Surat, India. He is an alumnus of the Mises University, Ludwig von Mises Institute, Auburn, Alabama, U.S.A., and holds a bachelor’s, master’s, M.Phil., and Ph.D. degree in Economics from the South Gujarat University. This piece has been republished from his personal blog.