SPONTANEOUS ORDER EXPLORE THE POWER OF IDEAS
Home Political Economy INDIA PRODUCES ENOUGH FOOD TO FEED ITS CITIZENS: WHY DO SO MANY...

According to the International Food Policy Research Institute’s 2011 Global Hunger Index, India ranked 67th out of 81 countries & had 200 million “food-insecure” people, the most of any country. A convincing case can be made that policy interventions are the underlying cause for India’s problem with hunger & starvation.

To help my students remember an important element of the failures of public policy, I coined the term “Lingle’s Law”. In brief, it suggests that policy interventions lead to distortions/imbalances that affect groups that demand a new intervention to remedy harm done by the first. This leads to an endless loop of government interventions that undermine economic growth and perpetuate imbalances.

As it is, government domination of markets with administered pricing always leads to imbalances in demand and supply that are almost always blamed on markets rather than policy.

A textbook case of “Lingle’s Law” can be seen in India’s foodgrain market where failures of government policy led to establishing a “right to food” so that public-sector initiatives in food entitlements were introduced to fix problems caused by earlier initiatives.

There are many policy culprits in this sad tale, but let’s start with the Public Distribution System (PDS) and the blatant losses and diversion of foodgrains to black markets by politically-connected or politically-protected parties. (Nearly 50% of foodgrain (wheat & rice) distributed under existing framework is lost to corruption or waste.)

At this point, set aside the high costs of market distortions and observe that public officials sought to correct a (predictable) problem of their own making by introducing the Food Guarantee Scheme (FGS).

To “improve” on a bad scheme & stop diversion of foodgrain destined for fair price shops, a complicated scheme of ration cards, standardized 50-kg packaging & installation of GPS devices on vehicles used to transported foodgrain from godowns to fair price shops.

But the problem with getting foodgrains to consumers can only be improved upon by eliminating most, if not all, public policies that interfere with market forces. The end result will not be perfect, but it can only improve on the destructive maze of opportunities for corruption & wanton wastage.

For example, record foodgrain production over fiscal 2012 led to the total food stock held by government agencies to be about 75 million tonnes by end of current procurement season. Since storage capacity under suitable conditions is only about 50 million tonnes, massive losses in foodgrains will recur.

The solution? Instead of rethinking the fundamental cause of the problems, the call is for the Food Corporation of India (FCI) to build or rent more godowns! (For its part, FCI procurements often rot since they are stored in the open or covered with plastic sheeting while people starve & while farmers face penury.)

Other, better, solutions include lifting export bans so farmers can export more foodgrains. Similarly, States could stop imposing taxes and levies over & above the minimum support price while ending trade barriers across State lines. Such policies punish producers that must forego higher earnings from sales above “minimum support prices”.

Allowing handling and distribution of foodgrains within a competitive, private framework of “mandis” would reduce or eliminate imbalances & inefficiencies as well as reduce the financial cost of food subsidies. 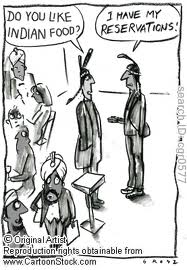 (Hmm, the above cartoon opens an issue for another blog entry….)

SO Musing: India: Seeing the Future in its Past

Let People Choose What They Eat