Home Diplomacy Has India forgotten about the art of democratic debate?

Despite the increase in the number of news channels and the inflow of gallons of information due to social media and the internet, there has been a decline in the quality of political debates in the country. Perhaps the most ideal way of debating can be explained by the ideas of the Greek philosopher, Aristotle, who said debates should entail arguments with strong moral groundings and ideological backing.

They are designed to highlight why pursuing certain objectives will lead to the most worthy outcomes and debaters attempt to persuade their opponents to see their line of reasoning by the force of reason. Needless to say, debates and deliberations are indispensable in a democracy. When a society allows a free flow of opinions, there is innovation and growth while ensuring all sections have a voice in this development. More importantly, it is only through such debate that we negate exclusivist and extremist policies and opinions. Unfortunately, in India today, a certain depravity marks debates among politicians, in the media and in the society at large.

Are debates today merely mudslinging contests?
Majority of political parties nowadays have a similar stand when it comes to controversial issues and as a result of this, they are vying for similar constituencies as vote banks. In other words, while we might still label parties as centrist, rightist or leftist, ideologically there is not much difference in the decisions parties take on matters as diverse as the economy, foreign affairs, electoral laws and several others. Thus, for instance, after RSS Chief Mohan Bhagwat called for a review of the reservation policy in an interview, the Bharatiya Janata Party (BJP) unequivocally stated that it was pro-reservations since it didn’t want to be perceived as being “anti-Dalit”.

Hence in such a political scenario what deems to be the point of contention is who can perform better on similar policies, due to which, political debates inevitably get reduced to mudslinging contests where insults like ‘maut kasaudagar’ and ‘Rome Raj’ do rounds. In addition to this, generalisation such as ‘libtard‘, ‘sickular’ and ‘bhakt’ are relentlessly thrown around, shutting down the scope of debate and also muddying people’s understanding of such terms.

Due to the same, concerns about the current cow lynchings are shunned by asking the concerned individuals where they were when the anti-Sikh riots transpired in 1984. Denouncement of the ban on Wendy Doniger’s book is silenced by questioning the public on their stance when Salman Rushdie’s Satanic Verseswas taken off the shelves. While these may be legitimate concerns, decimating debates to merely such points devoids any value from discussions about issues currently plaguing our society.

Even when cogent issues are raised by experts, a common response is to engage in character assassination and cast aspersions on their motives, also known as Ad Hominem. The most recent example being of Arun Shourie, a right-wing intellectual, whose critique of Narendra Modi’s government was met with the jibe that he was just bitter about not having a post in the government.

In a similar manner, as we have often seen parliamentary debates often get reduced to dharnas and are glorified shouting matches with members of parliament hurling chairs at one another. According to a study conducted by PRS legislative, the Lok Sabha spent just 1% of its allotted time on legislative business while the Rajya Sabha spent 6% in the recently concluded budget session in April 2018, making it the least productive budget session since 2000.

Perhaps, another reason for a decline in the quality of debates in the Parliament is the Anti-Defection Law of 1985. According to this law, if any Member of Legislative Assembly (MLA) switches parties post elections, voluntarily gives up his party membership, or takes a stand contrary to the one issued by the party whip, he/she is liable to be disqualified. As a result of the same, party members tread cautiously when it comes to voicing their opinions in Parliament. They constantly check in to make sure their views are in sync with the party, making them mere mouthpieces in the administration.

News channels: another corrupt pillar
Turn on any news channel and you will be quick to conclude that the Indian media today often focusses on frivolous issues, such CM Yogi Adityanath’s eating habits just to deflect attention from matters which actually hold significance.

Furthermore, another problem is the incessant focus on being the first to crack breaking news rather than checking in facts and investigations to ensure everything presented to the public is correct and in fact what happened. Many news channels often over sensationalise certain news just to spin propaganda besides producing fake news. For instance, Republic TV recently reported the fake news that Jama Masjid was in the dark due to non-payment of electricity bills of Rs 4 crores.

Citizens as conspirators?
While politicians and media personnel are to blame for a huge portion of the degradation of political debate in the country, we the citizens do not go scot free. With the Sedition Act and constitutional curbs on free speech, as stipulated under Article 19(1)(a), we see the rise of the intolerant Indian. This breed for citizens takes offence on anything that could make them feel mildly at unease and is responsible for the unwarranted controversies created over the movie Padmavat, tv show Quantico and the AIB roast.

Due to the prominence of social media people often exploit the benefit of anonymity it grants and engage in trolling. Oftentimes when such individuals come across opinions they disagree with, they shower the author of those comments with abuses, mockery, rape threats (mainly for women) and even death threats.

Another problem which plagues the scope of developing of stimulating debate in our country is the desire to engage only with individuals who hold the same opinions. While being in such echo chambers can be psychologically gratifying, it can prove to be intellectually stunting. More importantly, we yearn for verbal duels, rhetoric and demagoguery in our political debates. Thus, we would rather have our Prime Minister Narendra Modi take on ‘Naamdaar’ Rahul Gandhi than listen to Manmohan Singh breaking down the nitty gritty of the Indian economy.

Unfortunately, this pandemonium will start yet again as the 2019 general elections loom over India unless we go back to understanding the virtues of debating as propounded by Aristotle and focus on what truly matters.

The Co-Relation of Rising Expenditure, Currency and Interest Rates on the Market 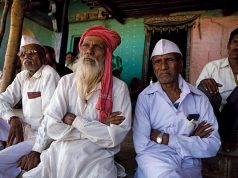 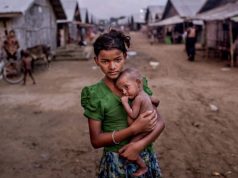 India and Myanmar: Caught Between the Devil and the Deep Blue Sea