Home Essays Grand sale but, as rly auction shows, where are the buyers?

The government’s failure to sell any of the 109 railway passenger routes it auctioned in August is a shameful fiasco. Many bidders showed interest in rights to run passenger services for 35 years, and the government hoped to garner Rs 30,000 crore from the auction. But ultimately the bidders backed out, citing rules favouring the national transporter, lack of a truly independent regulator, curbs on route flexibility and other unresolved issues.

This reminds me of the failure to get any bids to privatise Air India in 2018-19 — a much more difficult case since it had huge accumulated losses — despite significant buyer interest. In general, ministries want to add all sorts of conditions, and are reluctant to create level playing fields that may enable private operators to kill public sector rivals. Every ministry acts as a champion for its own public sector undertakings. Private bidders rightly do not trust ministries to be fair, or appoint truly independent regulators.

The railway fiasco puts in perspective the government’s announcement of a National Monetisation Pipeline (NMP), leasing out existing infrastructure to private parties to Rs 6 trillion over four years. This is a second-best option to outright privatisation, but politically easier.

The idea is not new. Several toll roads have been leased out. But this option aims to extend this to a very wide range of assets. Other countries like the US and China are also planning massive infrastructure spending but mainly funded by deficit financing (government borrowing). India cannot do this because Covid’s impact has raised the government debt/GDP ratio to almost 90%. The target ratio is 60%, which means sharp curbs on borrowing in coming years. The NMP is a plausible alternative funding route.

But while the government seeks a grand sale, are willing buyers in sight? The railway auction is a sobering dose of reality. India has many potential bidders who would be very interested if they trusted the political system to provide a level playing field and fair treatment in the event of unforeseen events like technological or climate change. That trust does not exist today.

It is worth recalling the mess in Indian telecom when bidders who won telecom auctions in the 1990s discovered they had grossly overestimated demand, and looked certain to all go bust. Prime Minister A B Vajpayee had the courage to create a new revenue-sharing tariff model and allow existing telecom companies to migrate to this model even though it meant favouring private players and raising cries of cronyism. Such flexibility is a must if the NMP is to be a success.

Back in November 2019, the government declared it would sell its entire shareholding in three major companies — Bharat Petroleum and Chemicals Ltd , Shipping Corporation of India, and Container Corporation of India. These were giant profit-making companies, not small loss-makers whom earlier governments had thought of selling without actually doing so. It seemed, at last, that fear of privatisation had been shelved, and the process would now start.

Alas, not a single sale has happened after close to two years. The government claims that Covid disrupted the economy and made sales difficult. But even though the economy was indeed hit by Covid, the stock market started booming in late 2020, and the Sensex and Nifty have today soared to record heights as domestic plus foreign investors have poured in unprecedented billions. The share prices of public sector companies have soared too.

The climate for getting good bids for privatisation could not be better. Hence the delay in the sale of the three companies reveals procedural shortcomings and unfinished wrangling within ministries that suggest a rot so deep that some drastic reform is called for in managing the whole process. Otherwise dreams of getting Rs 6 trillion in four years from the NMP will remain dreams.

This article was originally published in The Times of India on 5 September 2021. 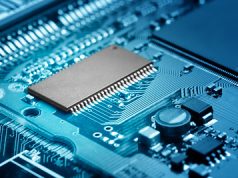 As Covid wanes, economy back on recovery path

Shackled to the Land