I recently stumbled upon a state government advertisement on its proposed loan waiver extended to over 40 lakh farmers. While this isn’t something new or special, what caught my attention was the hashtag used in the advertisement – ‘#TowardsDevelopment’. It got me thinking, how does writing off loans from the bank books or payment of the outstanding amounts of farmers’ loans by the state correlates to development? If you too are confused like me let us delve deeper into the issue of farm loan waivers to better understand this.

Farmer suicides and agrarian distress have been major economic and political issues, arising from the indebtedness of farmers, among other things. Loan waivers intend to give the poor farmers mired in debt a second chance, a fighting chance, which seems fair. After all, governments worldwide grant waivers to certain industries, so why not grant them to the impoverished farmers too? However, it is neither as simple nor as generous as it seems.

More often than not, the announcements of loan waivers coincide with the state or central elections, forming a significant part of poll promises. Since these waivers establish a farmer-friendly image for a political party or the government, these promises have been instrumental in earning farmers’ votes in the past elections. Hence, the common notion- though loan waivers are bad economics, they are still good politics. Let us explore the two facets of loan waivers- why and how the loan waivers are bad economics and then understand why it is good Politics, or if at all.

The RBI in its annual report on state finances mentions that the total debt waiver granted during 2017-18 amounted to 0.32% of GDP (Gross Domestic Product). The total debt waivers are budgeted at 0.2% of the GDP during 2018-19 but the actual figures might be very different considering that it is election season. More than eight states promised loan waivers amounting to a staggering Rs. 1.9 trillion, which would refute RBI’s predictions. The report also highlights that the impact of loan waivers on states’ exchequers varied between 4.6% of Gross Fiscal Deficit in Tamil Nadu to 60.9% of Gross Fiscal Deficit in Uttar Pradesh during 2017-18, and it would amount from 2% to 29.8% of their budgeted Gross Fiscal Deficit in 2018-19.

It is important to understand that loan waivers merely transfer the burden of a loan from farmers to the State, and the State eventually passes on the burden to the taxpayer or tries to make up for it by reducing the expenditure needed elsewhere.  Once the loan waivers are announced, the farmers stop repayments, and the states take a considerably long time to repay the loan to the banks. Because of this, there is a surge in the Non-Performing Assets (NPAs) of the banks, adversely affecting the banks’ future lending capacity.

An RBI study on agricultural loan waivers in Tamil Nadu states that the loan waivers stifle the lending capacities of rural credit institutions consequently reducing the availability of loans for beneficiaries of loan waivers in the following quarter since they are considered defaulters till the banks get the repayments from the states or till the farmers are given waiver certificates. Eventually, farmers resort to loans from informal lenders, thus falling into the trap of more expensive loans, as confirmed by multiple studies. Providing better credit to agriculture is cited as one of the primary reasons for the nationalization of banks, but loan waivers are performing the exact opposite of that, ironic isn’t it?

Moreover, loan waivers benefit only those who avail credit from the formal sector, leaving out almost two-thirds of the small and marginal farmers who do not have access to institutional credit. Even the honest farmer availing formal credit is disincentivized to repay the loan on time. As per the CAG report on the implementation of the debt waiver scheme of 2008, 8.5% of these waivers were given to the loans for non-agricultural purposes.  Besides this, the reduction in available capital for investment in agricultural infrastructure is another adverse impact of such schemes. Hence the farmer is not only falling into the vicious cycle of debt but also is denied the benefits of potential public investment in transport, irrigation works, etc., in rural areas.

Now, coming to loan waivers as good politics, well, it is surely a populist measure which can bring a lot of goodwill to politicians. However, they are not sustainable in the long term. A World bank study by Martin Kanz, one among the many reports drawing a similar conclusion, on the debt waiver scheme of the central government in 2008, highlighted the disconnect between loan waivers and productivity of agriculture sector, thus falsifying the claims of various governments citing loan waivers as a stimulus for development.

Also, though the National Crime Records Bureau suggests that debts are one of the major reasons for farmer suicides, so far there is no concrete data on the correlation between loan waivers and reduction of the number of farmer suicides. In fact, as per the response of Maharashtra government to an RTI application, more than 4500 farmers committed suicide after the state government announced loan waiver in June 2017.

Looking at the bigger picture, it is clear that loan waivers do not provide a solution to the agrarian distress, they simply divert the public’s attention away from the real and deeper issue, i.e., lack of profitability of agriculture. Every time loan waivers are announced, it points to the inefficiency of the government in improving agricultural finance through deeper crop insurance penetration and financial inclusion and in reforming the agricultural markets to double the farmers’ incomes. Hence the measures to prevent the farmer from getting into debt and poverty traps in the first place remain unaddressed. It is about time that we undertake a detailed study and conduct honest dialogue on the efficacy of loan waivers.

The popular narrative, in the country, makes us think of agriculture as a charitable activity and romanticize the farmers as the benevolent food providers whereas in reality, agriculture is an economic activity, and every farmer is an entrepreneur working towards the production of food grains in a profitable manner. Hence, we need to change the approach of agricultural policies from ‘saving’ the farmers to ‘enabling’ the farmers and improving the ease of doing agriculture, which would organically reduce the need for farm loan waivers, while providing better economic and political solutions to address the agrarian distress. 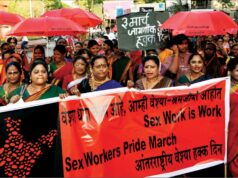