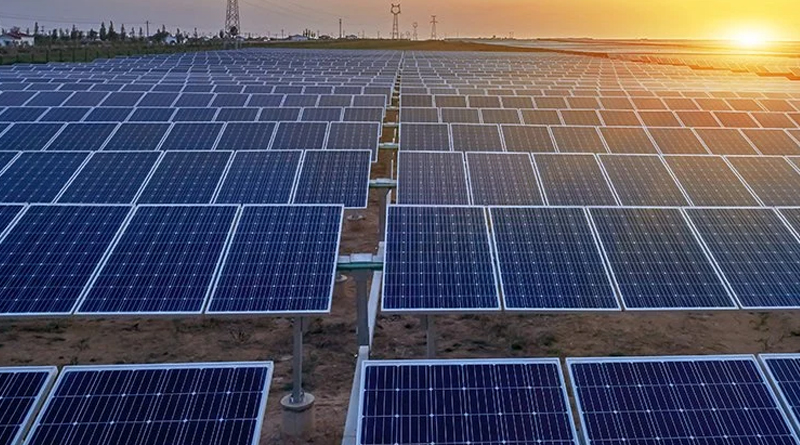 The Covid crisis has diverted attention from a major breakthrough that should leave all smiling. The latest auction for 400 MW of solar power, including storage, has been won by ReNew Power with a levelised tariff of Rs 3.52/unit over 15 years. The equivalent thermal power tariff would have been closer to Rs 4.5/unit. Solar energy has beaten coal-based power hollow and would do so even if taxes and cesses on coal were lifted. The bulk of future power generation can be solar without subsidies.

Coal-based thermal power will still be needed as backup, but very little new capacity is required. Meanwhile inefficient old thermal plants will be replaced by efficient new ones. That implies a virtual standstill in future emissions of carbon dioxide, sulphur, mercury, particulate matter and other pollutants. India does not need additional carbon taxes to induce a shift to renewables. The shift is already here.

Solar power has looked a bright prospect for years since the price of solar panels keeps falling. However, solar power is typically available only 30% of the time — it is not available at night or when clouds and pollution block the sun. However, thermal plants can work 80% of the time.

During the day, India now has excess power capacity. Solar generation is given priority, while thermal stations have to back down till sunset. Priority to solar power makes economic sense since it entails no running costs, whereas thermal power entails fuel costs. But thermal plants that once ran 75% of the time have been forced to back down to just 55-58% to accommodate rising solar production. This hidden cost of solar power cannot be borne fully by the thermal sector, which needs a new tariff formula to cover capital costs on generation and transmission when forcibly idled.

In the giant 1,200 MW Bhadla solar park in Rajasthan, the winning auction in 2018 was just Rs 2.44/unit. But it had no provision for storage, something experts estimated would add Rs 2/unit to the tariff. That meant solar power was not cheaper than thermal power and could not be switched on and off at will, as thermal plants could.

However, the new 400 MW deal won by ReNew Power includes enough storage to ensure 80% capacity utilisation over a year and not less than 70% in any month. This is not quite 24/7 power, but is as efficient as thermal power and much cheaper. That is why it is a breakthrough.

ReNew Power will be using lithium-ion storage batteries to store excess power during the day and releasing it later to achieve its capacity target. Elon Musk of Tesla plans to mass produce lithium-ion batteries on a grand scale to greatly lower their prices. While designed primarily for electric cars, such batteries also make solar storage cheap.

The biggest problem Indian solar companies face is the high rate of interest. This matters a lot in an industry with high capital costs. RBI has lowered its lending rate, but banks are too risk-averse to lend to solar companies, which still pay 10-11% interest on the bulk of their borrowing from public sector entities like Power Finance Corporation and Rural Electrification Corporation. By contrast, solar plants in the Middle East can borrow at just 4% in their own currencies. If Indian companies could access money as cheaply, the cost of power plus storage could fall to just Rs 2/unit, transforming the competitiveness of Indian industry. India must aim for this.

The World Bank no longer lends for coal-based plants but is keen on renewables. It cannot lend directly to private sector companies. One solution is to negotiate massive loans from the World Bank to Power Finance Corporation and Rural Electrification Corporation, earmarked for on-lending to the solar companies with a small mark-up.

World Bank loans to India can be repayable over 19 years with a 5-year moratorium and interest at LIBOR (now just 0.17% in dollars) plus 1.4%. Small loans are also available from the Bank’s Clean Technology Fund and IFC, the Bank’s private sector lending arm. But past Bank loans have been less than $100 million – peanuts for a solar industry that now needs billions. The Bank should step up solar lending hugely.

Problem: this could hit limits on Bank lending to any one country. So, it can be supplemented by Bank’s power to guarantee commercial loans to the private sector, a power grossly underutilized. That can slash the interest rate. New Institutions like the BRICS Bank and Asian Infrastructure Investment Bank can be tapped too. That is mostly Chinese money, but so what?

This article was originally published on 24th May 2020 on swaminomics.org