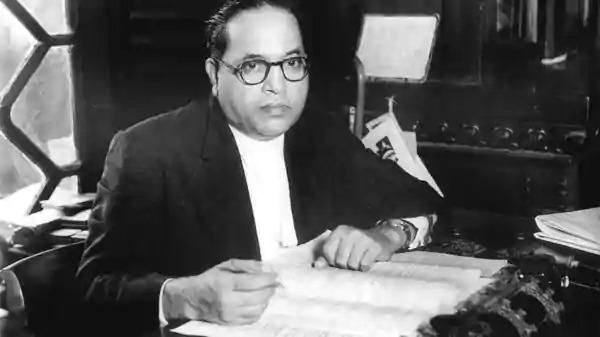 The lively office book club will later this month discuss a searing essay writer by B.R. Ambedkar. That gave me a welcome reason to once again read Annihilation Of Caste, which was published after a scheduled speech by Ambedkar in Lahore was cancelled by the organizers of a conference on social reforms because, in Ambedkar’s own words, “the views expressed in the speech would be unbearable to the conference”.

The essay brims with insights, which is the default status for almost everything Ambedkar wrote. Each reading of Annihilation Of Caste leaves the reader with something new to think about.

Cut to our times. A young scholar from Columbia University, where Ambedkar also studied economics, shows through a field experiment in rural Odisha how caste identity makes workers avoid certain tasks even if that means substantial economic costs to them. Suanna Oh looked at behaviour for two sets of tasks—“identity tasks” that are associated with specific castes, and “paired control tasks” that do not have any traditional caste associations. Workers were generally unlikely to take up work offers involving tasks that were not traditionally associated with their own caste identities. They were not keen on working in joint tasks with members of other castes, especially if the latter were lower than them in the caste hierarchy.

How much potential income are workers willing to forgo to avoid caste-inconsistent tasks? A supplementary experiment run by Oh shows that nearly half the surveyed workers in rural Odisha chose to stay away from caste-inconsistent tasks despite being offered 10 times their daily wage. Such behaviour falls squarely within the Ambedkarite insight that the caste system is not just a division of labour, but also a division of labourers.

Recent decades have seen some examples of caste mobility as well. Harish Damodaran has written about how entrepreneurial elements from agricultural castes have moved into business. Nicholas Stern and his colleagues have shown in their Palanpur surveys how some of the castes deemed inferior in the traditional social system have grabbed new opportunities, while farmers have remained locked to the land. Affirmative action by the government has also helped.

Some of the best work on the economic impact of the caste system has been done by Kaivan Munshi, who is the Frank Ramsey professor of economics at Cambridge University. His recent paper on caste and the Indian economy, published in the Journal Of Economic Literature, provides a great deal of food for thought. Munshi says that national data indicates that there has been a convergence in education, income, occupations and consumption across caste groups in the years since independence.

However, India still has a great distance to go before there is complete convergence. There is still a wide gap in education between Dalits/Tribals and the so-called upper castes. “Given the strong intergenerational persistence in human capital, the key variable driving convergence, it will be many generations before income and consumption are equalized across caste groups,” says Munshi.

He has also shown in his earlier work how caste networks provide insurance to members when they face income shocks, but this has also hindered the necessary migration of people to cities. Other scholars have shown how caste networks are an important institution when internal migration actually takes place. An earlier instalment of this column had mentioned how caste networks continue to be influential in many businesses such as real estate. Some of these lending networks are under stress right now because of a downturn in the real estate market.

Several recent political narratives are about how caste is no longer as powerful a predictor of voting behaviour as before. There is socio-economic data that there is some convergence between castes. As Munshi argues: “Some of this convergence is likely due to affirmative action, but caste-based networks could also have played an equalizing role by exploiting the opportunities that became available in a globalizing economy.”

However, there is also no doubt that caste continues to be a central fact of Indian economic life—be it the work choices of rural labourers in Odisha or the informal networks in many industries such as real estate and diamond trading.

This article was originally published in Livemint on 17 December, 2019.