Home Governance Can Public Goods be Provided without the State? 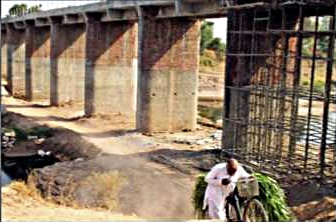 Some time back, people from 11 villages came together and managed to gather over Rs. 1 crore to build a bridge over a river that would connect their villages to the main towns nearby. The bridge would cut the distance between their villages to the nearest town by 30 km, and would make their commute to the markets for their farm produce easier. They’re not inviting politicians to the bridge’s inauguration. “For us, a labourer who contributed Rs. 500 and a widow who contributed her pension of Rs 1,000 are more important than those who fooled us for more than three decades.” (Read here)

It took 3 decades of wrangling with politicians and bureaucrats and nothing happened. It took a year for the bridge to be constructed once they gathered the funds amongst themselves.

It is a remarkable instance of people coming together to provide a good that is typically assumed to be provided by the government. It is thought the market and voluntary means cannot provide public goods like roads. The argument put forward is that there is no way by which you can price these goods and exclude anyone from availing these facilities. The characteristics peculiar to these goods, the argument goes, makes it impossible for the market to provide them.

There may well be much merit to this argument. But consider that if the state tomorrow decides to not provide roads, bridges and the basic infrastructure that it is required to provide, will society not devise other mechanisms to provide these goods?

It seems unlikely to me. People would be driven to create ways to provide these goods amongst themselves. After all, a proper transportation system, and the infrastructure that allows it, is vital for the functioning of the economy. The gains from proper infrastructure and transportation are enormous—they connect places and are absolutely vital for trade and commerce. Enormous enough, I am inclined to think, to drive people to provide these utilities. One of the main problems of rural India is that it is isolated—isolated from the main cities and towns that could provide a boost to their economy. A proper road network would go a long way in bridging the gap between rural and urban India.

The point here, of course, is not that the state should not provide public goods, but that it is possible of conceive of public utilities being provided through private, voluntary means. It would be awesome if such an exercise can be replicated elsewhere, and people indulge in similar crowdfunding exercises to build bridges, roads, and other facilities. (Hey, if someone can start a crowdfunding exercise to raise €1.6 billion to bail-out Greece, one certainly can to provide basic public services)