The CII calculated the per-day gross domestic product of India as about 20,000 crore, or roughly $4.3 billion, based on the assumption that there are 300 workdays in a year and a GDP of about $1.3 trillion. Then, based on consultations with state-level industry representatives, CII adjusted the figure based on how widespread it deemed the strike to be.

“Given the fact that all states were not uniformly impacted…our estimate of the business losses due to bandh is at between 3,000 to 4,000 crore rupees,” said Bidisha Ganguly, a consultant economist at CII.

The Associated Chambers of Commerce based its figure on the assumption that the services and manufacturing sectors in three-fourths of India’s states were hit by the strike. The group predicted that slightly better than 8% economic growth will lead to a national GDP for this fiscal year of about $1.1 trillion. Working backwards from that number, it pegged the cost of a nation-wide total shutdown at 15,000 crore.

“Taking out the losses for the one-fourth of states not impacted by the bandh, the figure comes at roughly 10,000 crore rupees,” said Associated Chambers spokesman Koteshwar Prasad Dobhal. (Three-quarters of 15,000 crores is 11,250 crores. It isn’t clear if the group’s estimate weighted some states more than others.)

Of course, what these groups can’t estimate is the time and money lost by the thousands of drivers and pedestrians who were caught up in demonstrations or stranded at train stations. But these are the most widely quoted figures out there so far.”

Are there better methods to estimate the costs? 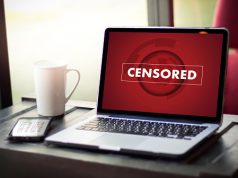 The government on its way to Net(fix) and chill

Will work-from-home give a boost to female employment? 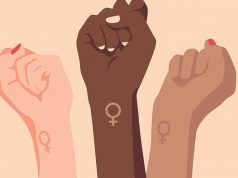 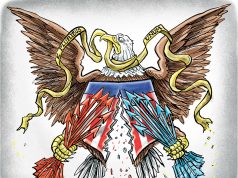 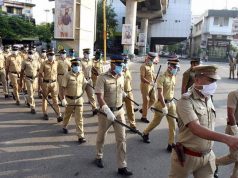 The government on its way to Net(fix) and chill