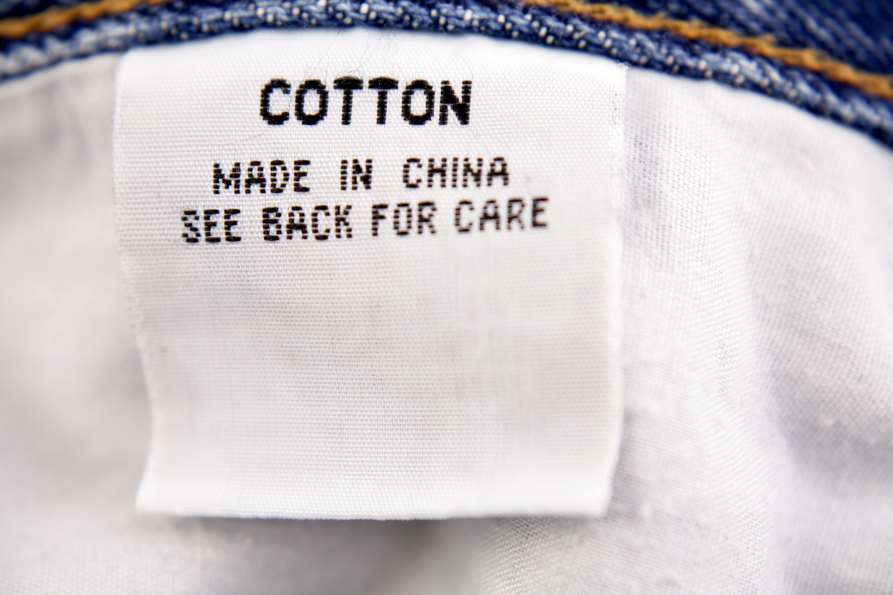 “Ever since Adam Smith,” noted Milton Friedman in the Hoover Digest in October 1997, “there has been virtual unanimity among economists, whatever their ideological position on other issues, that international free trade is in the best interests of trading countries and of the world.”

These stirring, insightful lines hold good today, even when applied to the context of Sino-India economic relations, now under considerable strain. As a populist political statement, boycotting Chinese goods or snapping trade ties with China may sound like a vengeful theme, given the violent incidents on the night of June 15 at Galwan Valley, and the current ugly mood of the Indian public seeking retribution. The economic fallout of such an action, however, is altogether too drastic to envisage.

Such a proposition is not just difficult to follow but is fraught with consequences that need to be thought out right till the end. India, a consumer and service-based economy, can ill-afford to severe ties with a manufacturing hub like China.

In the last three decades, as China has sharpened its manufacturing prowess, becoming the ‘world’s factory’, it has simultaneously developed a complex mesh of internal supply chains and interoperability that makes relocation of industries out of that country very difficult. Global supply-chain management is defined as the distribution of goods and services throughout transnational companies’ global network to maximise profit and minimise waste. China’s grip on the system is so strong that any which way, it has become the origin and destination for all finished products!

In a pithy observation, the International Trade Law in its third edition in 2016, observed that “Countries do better when they concentrate on producing those things that they are relatively better at making and trade for everything else.”

China is one of India’s largest trading partners. For the period between April 2019 and February this year, it accounted for 11.8% of India’s total imports. However, India’s total exports to that country was a mere 3%. This trade deficit with China, also a major contributor to India’s overall trade deficit, is one of the world’s biggest between the two nations. The deficit with China stood at $3.3 billion in February, a 13% rise from the year-ago period. This is even as India’s overall trade deficit remained flat from a year ago at $9.8 billion, as per the Ministry of Commerce’s data.

Despite the total value of India’s exports growing by nearly half between 2010 and 2019, the sum going to China shrank 14% over the period, deepening a trade deficit that’s fuelling India’s nationalistic turn.

As per one Brookings India report, the total amount of current and planned Chinese investment in India has crossed $26 billion or around Rs 1,98,000 crore. China-based companies are also stepping up their investments in Indian companies, including start-ups, the report said. The numbers reveal India’s heavy reliance on Chinese imports and any disruption of trade ties between the two countries will substantially hurt Indian businesses.

This imbalance could be addressed if India opens its oil and energy sector to Chinese investment, but that is unlikely to happen anytime soon.

The boycott call goes beyond mere low-cost artefacts of everyday use, such as they exist in popular imagination – toys, bindis and crackers. It has major ramifications for the Indian economy and is almost certain to impact the import of capital goods, machinery and electricals, chemicals, as well as intermediate and consumer goods. These imports are crucial for industries in India to manufacture goods, medicines as well as gadgets.

With raw material being exported to China, the neighbouring country can manufacture and export its goods at such low prices that prohibiting Chinese goods would mean fewer cheap goods for consumers in India. A reduction in the imports of inexpensive capital goods would also push up production costs, making merchandise costlier.

Interestingly, while India has declined to be associated with China’s Belt and Road Initiative (BRI) for heavyweight projects, China has quietly created a significant place for itself in India in the last five years – in the technology domain. Unable to persuade India to sign on the BRI, China has entered the Indian market through venture investments in start-ups and penetrated the online ecosystem with its popular smartphones and their applications.

Chinese funding to Indian tech start-ups is making an impact disproportionate to its value, given the deepening penetration of technology across sectors in India. TikTok, owned by ByteDance, is already one of the most popular apps in India, overtaking YouTube; Xiaomi handsets are bigger than Samsung smartphones and Huawei routers are widely used. (Gateway House’s ‘Chinese Investments in India’)

According to this report, these are investments made by nearly two dozen Chinese tech companies and funds, led by giants like Alibaba, ByteDance and Tencent, which have funded 92 Indian start-ups, including unicorns such as Paytm, Byju’s, Oyo and Ola.

The findings are remarkable: 18 of the 30 Indian unicorns have a Chinese investor. This means that China is nicely embedded in the Indian economy, and the technology ecosystem that influences it. Unlike a port or a railway line, these are invisible assets in small sizes – rarely over $100 million – and made by the private sector, which doesn’t cause immediate alarm.

With closely enmeshed businesses, separation from China is going to entail huge costs. Since India imports well above 60% of electronic products and components from China, a snapping of economic ties would impact the prices of electrical gadgets and smartphones. Chinese companies such as Xiaomi, Oppo, Vivo and OnePlus nearly control over 66% of India’s over $8 billion smartphone market, as of the first quarter of 2019. (Counterpoint: “India Smartphone Market Share: By Quarter”)

There is increased penetration of smartphones and apps, like TikTok, especially in the country’s Tier-II and Tier-III cities. The potential to influence Indian minds is massive. By 2024, India’s smartphone users are expected to double to 1.25 billion from 610 million in 2018-9.

According to International Data Cooperation, India’s emergence as the biggest overseas market for Chinese mobile phone companies is one of the most significant developments in China’s relations with India over the past five years. The India sales of those top Chinese smartphone brands totalled more than $16 billion in 2019.

The Chinese smartphone makers have already built factories and created jobs in India. Interestingly, these smartphone makers have embraced Prime Minister Narendra Modi’s “Make in India” programme with a zeal. Xiaomi, for instance, locally manufactures 95 per cent of the phones it sells in India. And hence, any adverse announcements forcing Chinese businesses to shut shop in India will add to the burgeoning unemployment rates in India.

In the power sector, India is heavily dependent on China when it comes to achieving its renewable energy target. India’s import dependence for meeting its solar equipment demand was over 90% in the past three financial years, Power and New & Renewable Energy Minister, R K Singh, told the Lok Sabha last year. Most of these imports were from China. The value of solar cells/photovoltaic cells whether assembled in module/panel, imported from China jumped to $3.41 billion in 2017-18 from $596.73 million in 2013-14, he informed Parliament.

Key sectors of the Indian economy, like health, are critically dependent upon China. In 2018-19, China supplied a whopping 80% of the antibiotics imported by India. In this time of a health epidemic, India can scarcely afford to let the supply of medicines take a hit. Not surprisingly, the single largest Chinese investment in India is the $1.1 billion acquisition of Gland Pharma by Fosun in 2018. This accounted for 17.7% of all Chinese FDI into India.

While China’s investment into the auto industry is not that strong at $575 million, it has been quick to spot another early opportunity in India – the potential shift to electric mobility, where China has expertise. India is the world’s fifth-largest auto market; the sector is the country’s most robust and globalised export and remains a bellwether for the economy. China’s BYD has been pushing its electric buses in India, with limited success. In traditional autos, which is 99% of the market, China is using distressed, global auto brands like Volvo and MG, which it acquired to enter the Indian market.

To be able to boycott Chinese goods, India needs to reduce its trade deficit with China and strengthen its manufacturing sector to be able to produce goods back home, providing cheaper products to customers.

That, however, is easier said than done. The cost of production of Indian manufacturers is high due to expensive raw material, old worn-out techniques of production and higher fixed cost. As a result, Indian products cannot compete with Chinese products not just at the global level, but even in India.

And not without reason. Notes the Encyclopaedia Britannica in its chapter on the Chinese economy: “The development of industry has been given considerable attention since the advent of the communist regime. Overall industrial output often has grown at an annual rate of more than 10%, and China’s industrial workforce probably exceeds the combined total for all other developing countries.”

The low price of Chinese products is a big attraction for Indian buyers. The cost of production in China is competitive due to the availability of cheap labour force and because the all-powerful manufacturing sector in the country gets a subsidy from the government, which reduces the cost of production of goods. The result: India has turned into a hub for assembling, rather than manufacturing goods.

Then there are wheels within wheels. Chinese funds and companies often route their investments in India through offices located in Singapore, Hong Kong, Mauritius and other safe havens. For example, Alibaba’s investment in Paytm was by Alibaba Singapore Holdings Pvt. Ltd. These don’t get recorded in India’s government data as Chinese investments. Thus, official FDI inflows from China to India do not present the full picture of Chinese investments in India.

Can India prevent the supply of Chinese products in the Indian market? The answer is `No’, because as per World Trade Organisation (WTO) rules, it is not possible to impose a full ban on imports from any country even if there are no diplomatic, regional and trade relations with that country.

But India has banned some Chinese products based on health and security issues. According to government data, India had prohibited Chinese mobiles that don’t have an IMEI number. China, in retaliation, had also prohibited Indian milk products, using health standards as the ruse for doing so. Under the circumstances, with businesses so enmeshed and economic stakes so high, to talk of a ban on Chinese goods is like putting the cart before the horse.

Read more: Why Modi Must Not Repeat Nehru’s Mistakes on China