Home Environment Air: A Tragedy of the Commons 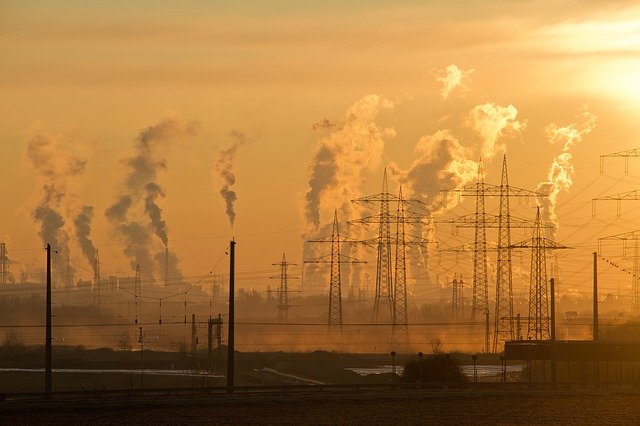 Aristotle believed that any resource shared by a large number of users is the least cared for. The tragedy of the Commons, a global dilemma, is at the centre of this belief. The idea is that commonly held open-access resources like air, water bodies etc., inevitably suffer over-exploitation as no individual has an incentive to stop his/her use of the resource. Air pollution is a direct result of this tragedy of the commons.

Governments worldwide have been trying to tackle the issue of air pollution. Quite recently, in December 2020, a UK court passed a landmark ruling, highlighting air pollution as the cause of death of a nine-year-old school-going girl. While the girl had passed away in 2013, acknowledging that air pollution can be fatal was a big step towards shining light on the issue. Globally, governments are being held more accountable than ever before for failing to recognize this.

In India, deteriorating air quality is yet to be regarded as an issue of high urgency, though we house some of the most polluted cities in the world. Air quality does not seem to be a priority for the government. A look at the Financial Budget for the year 2021-22, shows that the budget allocated towards curbing pollution and environmental preservation falls short by millions from the original ask. If we look at the data for deaths from Air Pollution as of 2018, India ranks third highest after Afghanistan and Pakistan. According to the World Air Quality Report, as of 2019, there are 6 Indian cities in the world’s most polluted cities, and things are only getting worse.

In public policy, policies that incentivise are much more effective than those that mandate. There is a need to incentivise ordinary people and institutions to make smart use of resources. Air quality which has a direct influence on the health of our loved ones must be incentivised as a priority.

To begin with individual citizens, their most direct contribution can be towards curbing pollution from car traffic. India is paving the way for electric vehicles, but they also need to be made more accessible. Electric vehicles (EV) have to move from being exorbitantly priced to being accessible and affordable by the masses. This can be done if more competition is allowed to flourish in the market for EVs. The government could give incentives to manufacturers and enterprises producing electric transport, as a part of the Make in India initiative. The government can also levy a fine on those responsible for actions tarnishing common resources further. For instance, the government can charge diesel engine-based vehicles a heavier tax than petrol or CNG. One big step in curbing air pollution has to be making government busses electric. Even today, government busses such as BEST, PMT are major air polluters. Delhi government recently announced its EV policy which aims to improve Delhi’s air quality and create an entire supply-chain ecosystem for this new segment of vehicles. This includes switching Delhi’s public transport to electric. It remains to be seen how effective the entire policy proves to be, but it’s a welcome move.

Even corporates and tech giants can be involved in this process. Cisco Systems, for instance, has powered 60% of its Bangalore office on wind energy. Such companies could be given corporate taxation or SEZ rental benefits as incentives. At Cisco, there is a team dedicated to Environment Sustainability that carries on projects in the protection of the environment at a large scale, inviting the common public and internal employees to bring the effort to fruition.

Talking about markets, ‘Economists prefer dead trees’, meaning that economists find value when the standing tree in a forest is broken down for paper, wooden furniture etc. Governments need to first look at incentivising the markets.

STEM institutions have a massive role in helping people become aware of air pollution as an issue and get the public concerned. Not many people sitting on level 4 (of income level) acknowledge air as a tragedy of commons. The gap is in awareness which when fulfilled can help individuals across different income levels, age groups and cultures become aware of the tragedy of air pollution and ways to contribute to its prevention and mitigation. The medium for raising awareness will vary for different stakeholders, but learnings from scientific research and studies can be disseminated to neighbourhoods, communities and societies.

Likewise,  state governments can be incentivised to promote and safeguard the forests. The states working toward expanding vegetation and forest cover could receive higher budgetary rewards. Every semester project an environmental project could become mandatory towards attaining credits for students. Additionally, the absence of well-defined property rights to the use of environmental resources is an important source of pollution-related problems.  The creation of pollution rights markets just may be the answer to bring pollution control in a cost-efficient manner.

Given air is a shared resource, every stakeholder, from an individual to the corporates, must be held accountable to work for the betterment of the air we breathe altogether.