Home Essays A Free Market Critique of the Agricultural Laws 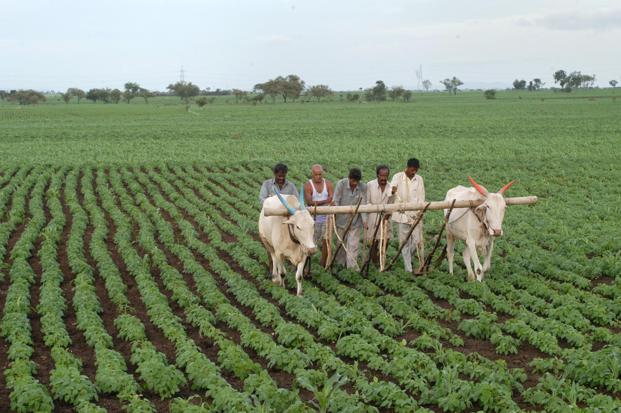 “If it was really a revolution, they wouldn’t be calling it one,” quips Mr. Barun Mitra, in a recent interview where I asked him to compare the recently pushed (read: bulldozed) agricultural reforms with the 1991 industrial liberalization program. Mr. Mitra, an expert on land reform and agricultural policy is one of the few who have questioned the ‘liberal-free market’ credentials of the three agricultural laws. Thus, while the debate surrounding the laws has been forced into a binary between those on the economic left and right, the truth may be more nuanced.

To make our assessment more holistic, let us look at these four essential parameters of a free market set up and see how the laws measure up against them: i. Rule of law, ii. Government size, iii. Regulatory efficiency and iv. Market openness.

Articles 14 & 19 of The Farmers Agreement on Price Assurance and Farm Services Act, 2020 talk about dispute settlement mechanisms in case of a disagreement between the farmers and contractors. The mechanism is three-tier- beginning from a stakeholder appointed reconciliatory committee, followed by judgement from the Sub Divisional Magistrate and finally the DM or Additional DM as the final appellate authority, wherein the latter two are given the jurisdiction of a civil court.

The creation of a parallel legal mechanism and explicitly prohibiting judicial intervention (as per Article  15 of The Farmers’ Produce Trade and Commerce (Promotion and Facilitation) Act, 2020) is contentious. Even if we ignore the substantial increase in the scope of powers of the SDMs, there is no evidence that they have ample training to assess and give judgement on such cases. While many would argue that separate tribunals are given judicial powers in specific domains (such as the National Green  Tribunal), these usually consist of domain experts who can still be subjected to judicial intervention.

The incentives for an SDM to give judgements in favor of larger corporations are colored with a serious  rent seeking opportunity. Regular transfers might aid bureaucrats by alleviating the fear of community  reprisal.

The laws claim to severely reduce government size through the prohibition on state governments from charging additional fees, taxes from traders. Given that the fees collected by the state government are crucial for the maintenance of the APMCs and by extension the distribution of MSPs, this will be a severe blow to the state procurement capacity. While only 6-8% of farmers rely on MSPs, this has severe political economy effects. By centralizing decision making, the centre has viably pushed the state governments off the high table and made itself the center of corporate lobbying.

States such as Kerala and Chhattisgarh which pay the farmers an amount much higher than the centre mandated MSP will not be able to maintain the state procurement system without collecting fees. In effect, a parallel market is a death warrant for state procurement.

Article 2.2 of the ECA points to another problem. This article tries to allow price regulation in extraordinary circumstances. ‘Extraordinary price rise’- a given precursor is defined as a 100% increase in the price of horticultural and 50% in agricultural commodities. The extensive discretion that the government has, given that 100% price increase is commonplace in products such as onions, would disincentivize smaller traders to build storage capacities.

The laws seek to stop the tyranny of the fang bearing middlemen. It overlooks the crucial role middlemen play in aiding 86.2% marginal and small farmers in India through credit and risk insurance. Furthermore,  Article 10.1 of the Empowerment and Protection Act supports the accommodation of ‘aggregators’.  This essentially implies that the arthiyas/middlemen can still carry on aggregating if they are included in the contract, thus in effect if they supply to the larger contractor. This, combined with the entry of corporate behemoths, reduces the negotiating power for middlemen.

On one hand, companies would rely on middlemen for cost efficiency while on the other the market becomes prone to anti-competitive behaviour- something that decentralized aggregators provided effective warranty against.

The laws do not touch on land-use conversion, thus impeding on farmers’ intersectoral mobility.  Furthermore, Article 8 of the Empowerment and Protection Act prohibits the sale of farming land or the infrastructural development by the contractor, thus even affecting their inter-functional mobility. The paternalistic viewpoint which limits the ‘poor farmer’ to being a gullible signatory, reeks of colonial-era rules. It limits the farmers from engaging in any entrepreneurial venture while also forcing them to farm  (by not allowing for land use conversion). For those who may dare to venture out and build storage by themselves, Article 2.2 b. of the Essential Commodities Amendment Act which gives government discretionary powers to limit stockpiling, waits with a dagger.

Thus, all in all, while the laws provided for a much-needed movement from the status quo, the direction of the shift is yet to be seen. My guess: It is downhill from here. It is then a good thing that we had not climbed much high, to begin with.

All views are author’s own

Read more: SO Musing: The Shetkari Sanghathana and the History of Farmers’ Movements in India