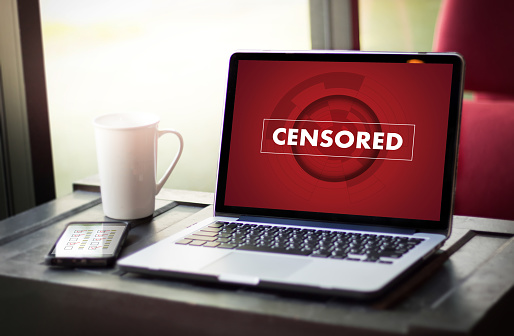 With cheaper internet, better connectivity, and multimedia service capable phones (over-the-top) OTT platforms in India have seen a dramatic rise. According to a report, the Indian OTT market is set to reach Rs 237.86 billion (US$3.22 billion) by FY25, from Rs 42.50 billion (US$576.73 million) in FY19. By the end of 2019, India had over 17 crore OTT platform users. The OTT market also witnessed a great surge of subscribers during the COVID-19 pandemic, welcoming many Indian media and entertainment houses to enter the market.

OTT, or over-the-top platforms, are audio and video hosting and streaming services that initially started as content hosting platforms, but soon they started moving into the production of short movies, feature films, documentaries, and web-series, etc. These streaming services gave our Indian audiences a very diverse pool of content to choose from and also simultaneously allowed non-commercial films and actors to savor success like Mirzapur, Sacred Games, Made in heaven, Delhi crime, etc.

However, in a very concerning move, the government recently brought all OTT platforms under the purview of The Union Ministry of Information and Broadcasting which was previously under the Ministry of Electronics and Information technology. Along with OTT platforms, this order also extends to online news agencies and content creators. Now, under the control of the I & B ministry, they might have to go through the same levels of regulation as print media and electronic media which are under the purview of the Press Council of India, Central Board of Film Certification (CBFC), Broadcasting Content Complaints Council and various other regulatory boards and laws, which is bringing in fresh fears of a censorship regime which have been a significant occurrence in our country.

Since OTT platforms were relatively new as compared to print and digital media no rules and laws were regulating them. There was a proposal for a self-regulation mechanism given by the Internet and Mobile Association of India (IAMAI), although the government didn’t approve it and was rather displeased at the suggested model.

In a country where freedom of speech and expression is our fundamental right (Article 19(1)(a)), there were 23 registered cases against OTT platforms in various courts across the country mostly for having ‘Anti-India’ content. The Central Board of Film Certification (Censor Board) was set up under the Cinematographic Act, 1952 (the Act) which set out the protocol on how films would be certified for exhibition in India by the Censor Board. Although our freedom of speech and expression can be curtailed on the grounds of public order, decency, or morality, can it be unfairly used to restrict the freedom of creative and artistic expression?

History would like to testify this. Various movies articulating a strong voice of dissent and showcasing a narrative different from the common storyline have enraged the common public and the censor board. Films like Water, Udta Punjab, Lipstick Under My Burkha, Deshdrohi, India’s daughter are only a few amongst many that were restrained in the name of ‘public interest’ and couldn’t see the light of day. These regulations in the wrong hands will prove very costly for our democracy. Censorship is never objective and political motives and personal biases will definitely creep in, thus making the need for OTT regulation counterproductive.

It should also be highlighted that when it comes to OTT platforms or other online content there is a substantial distinction between Private viewing and Public Exhibition which needs to be kept in mind while creating regulations in the future. Likewise, it should be treated as access for an individual to not only consume local and regional but global content, and vice versa. The onus is ultimately on the individual and the government shouldn’t be the ones deciding.

This brings us back to a very pertinent debate~ should the media be censored and if yes what purpose does it serve?

For a liberal democracy, like our country, the answer would be a straight no. Media, movies, and all artistic creations are a reflection of our society and to censor it is like censoring our reality. The government should not have the choice in choosing to feed our creative conscience according to their needs and demands. It is our individual choice and to restrain it is a restriction on our individuality.

The whole idea of censorship is ironic as it only applies to the common folk- it controls people like us. People in power and higher strands of authority who decide on censorship, continue to preach and profess their ideas with no reticence. In recent times there have been countless examples of our politicians proclaiming their ideas with not a subtle hint of it actually being a proven reality. Whether it is a sexist comment of homosexuality being a genetic flaw, or a scientific one stating that cows actually exhale oxygen. Even when the world was grappling with the onset of COVID-19 bizarre solutions to avoid corona by burning cow dung and overcoming mental illness, furthermore calling it as an avatar to punish non-vegetarians was proclaimed by our politicians and leaders which proves how sanctimonious censorship actually is.

Human beings are capable of making their own decisions according to their own will and choice and I believe it’s best if we let them continue doing that. And as Potter Stewart rightly said, “Censorship reflects society’s lack of confidence in itself. It is a hallmark of an authoritarian regime.” 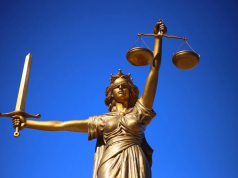 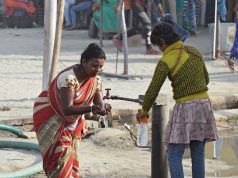