SPONTANEOUS ORDER EXPLORE THE POWER OF IDEAS
Home Governance Do We Need The Government To Protect Public Health? 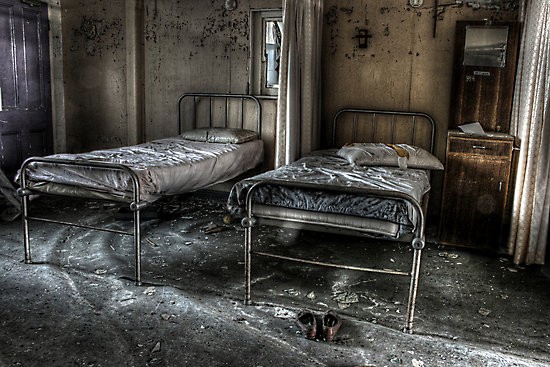 On the face of it, Indian healthcare system would be classified as a free market with a largely unregulated, almost wild-west type, trade of drugs. Private sector is dominant, with most healthcare expenses being paid out of pocket. According to libertarians, this should result in freedom of choice, a Darwinian styled competition, and allocative efficiencies. However, according to the Healthcare Access and Quality Index, India ranks 154 (in a list of 196 countries). Rural households are more likely to experience catastrophic health spending than their urban counterparts and, only six percent of Indian households have health insurance policy with considerable rural-urban differentials.

What then explains the failures of the private healthcare system? The inevitable answer is that the medical industry in India is not really privatised. Voltaire wisely asked the interlocutor to define the terms, or else engage in a futile conversation. Amongst several other prerequisites for free markets, respect of property rights is almost constitutional. Unfortunately, the lack of it is quite evident in India, where the chances of tort redressal are next to zero. In the state of Maharashtra — with a population of 123 million — every two out of three complaints of medical negligence to the Medical Council of India, filed between 1995 and 2015. are waiting to be heard.

India ranks 120 in the ‘Index of Economic Freedom’ and 130 in the ‘Ease of Doing Business’ ranking, which indicates the strong central planning prevalent in the economy. With widespread malpractices and coercion, Indian healthcare system does not represent free market conditions, and cannot be a strawman for opponents of private healthcare.

Corruption in India is rampant, almost ingrained in the public sector. Speaking from experience, it is quite normal for general citizens to bribe public officials. In fact, the president of Medical Council of India was arrested in 2010 on bribery allegations! The Indian Government cannot afford expanding provision of healthcare to poorer societies with those services being delivered in such a squalid manner.

A shocking case study reveals the inhuman treatment of women in villages by the local government, which had set up “sterilization camps” with an aim to meet family-planning targets. Jeeps filled with women had been enticed into the programme, to get sterilized in return for a small payment of almost £7. Forced by their families, most of these women were unaware of the risks associated with the procedure. In 2014, a Government surgeon performed surgeries on 83 women in the space of six hours, without properly sterilizing his surgical instruments. This caused twelve deaths and the hospitalization of sixty seven women.

A two-page MedPage article highlights the squalid nature of healthcare professionals in India. “Poor people may be hit harder because they are more likely to go to the free government clinics, where doctors use particularly little effort”, according to Jishnu Das, PhD, a leading economist at the World Bank in Washington, D.C., who has been studying India’s healthcare sector for years. In a 2008 report in the Journal of Economic Perspectives, Das notes that, on average, private doctors were spending just under 4 minutes per patient. While this is lower than many other low-income countries, the situation in public clinics is worse- with doctors spent less than 2 minutes per patient. “That’s what I mean by low effort,” Das said.

The scale of incentive problem for medical workers in India is atrocious, and can be gauged by the extent to which they are simply absent from work. On average, on any given day, 40% of medical workers in the government health clinics cannot be found at the facility. In the case of the state of Bihar — with a population of 119 million — doctor absence is 71%. This measure does not even calculate whether the doctor is working when present.

Intertwined with poor incentive structures is the problem of moral hazard in trying to provide unsustainable free services to remote villages. Over time these sparsely populated centres would migrate closer to cities due to economic incentives. It is an inevitably painful structural change and slowing it down through perverse incentives would only worsen the condition.

The State governments strictly and inefficiently control the ‘Land Use’ regulations in India, which creates huge inconsistencies across regions on what an investor can purchase and do with a piece of land. This creates the unintended consequence of people moving to areas with favourable land use legislation with most economic activity, whilst the areas with suboptimal land use regulations being underpopulated and, consequently equipped with doctors that have disinterest in the location. It is usually the beginner interns that are posted there for a year as a prerequisite for completion of their medical degree.

However, many poor people choose to bypass these free public clinics and go to private doctors who provide better service due to the transparent incentive structures put in place — for starters, they may be present in the clinic. It should be noted that “free” public healthcare is not free to the taxpayer. An important research by World Bank compared the per-patient cost in the two sectors and find it to be four times higher in the public sector.

While public healthcare is highly inefficient, it is required for those living in privation. At the very least, a public health worker’s pay could be linked to performance. However, medical unions resist such schemes since they threaten the rents enjoyed by public doctors.

As the World Bank study notes, in poor governance and weak public-accountability settings (which features in most low-income countries), market-based provision of healthcare, with its built-in accountability mechanism, is a viable alternative. The private healthcare system was not a planned venture by the government, it was an accident — a result of spontaneous order. 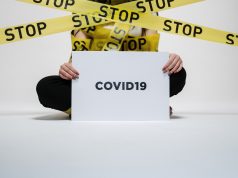